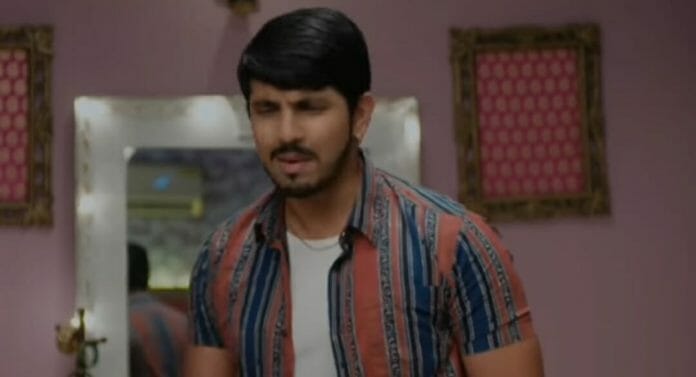 Star Plus’ popular show Pandya Store is gearing up for more drama with Shweta creating a fight between the Pandyas.

In the current story, it’s seen that in order to create a conflict between Rishita and Dhara, Shweta shows the gold ring that she bought for Chiku. She then says that Dhara and Gautam planned to save money by celebrating Diwali simply so that they can send Shiva and Raavi to go to clear their differences. Rishita is enraged after hearing this.

She starts to fight with Dhara about using Chutki’s Diwali celebration money to send Raavi and Shiva to Goa. Meanwhile, Raavi is writing names on the dresses she bought to gift the family members on the Diwali occasion. She hides Arnab’s shirt, seeing Shiva. The latter notices this. Raavi hears Rishita’s shouts and goes to check.

Rishita refuses to tolerate any injustice towards Chutki and decides to leave the house. Dhara tries to change Rishita’s mind in vain. The family gathers and is shocked to learn Rishita’s decision. Shiva sees Arnab’s shirt and realizes that Raavi bought the same shirt for him too.

He checks the price tag and sees that one is costlier than another. He wonders which one Raavi bought for him. Here, Rishita accuses the Pandyas of being partial to Chutki. She demands the Pandyas to get jewellery for Chutki too right now. Shiva and Raavi try to convince Rishita to get it later. But  Rishita stays adamant.

Raavi says that she doesn’t want to go to Goa with Shiva. She calls it a waste of time and says that she prefers to work with Arnab instead. She asks to get the jewellery for Chutki with the money for the Goa trip.

In the upcoming episode, it will be shown that Pandyas will be celebrating Diwali. Shweta’s parents will also be there. Pandya will receive by courier the flight tickets of Shiva and Raavi, which will shock everyone.

Why did Dhara take the blame on her? Will Dhara find out Shweta’s real intention?