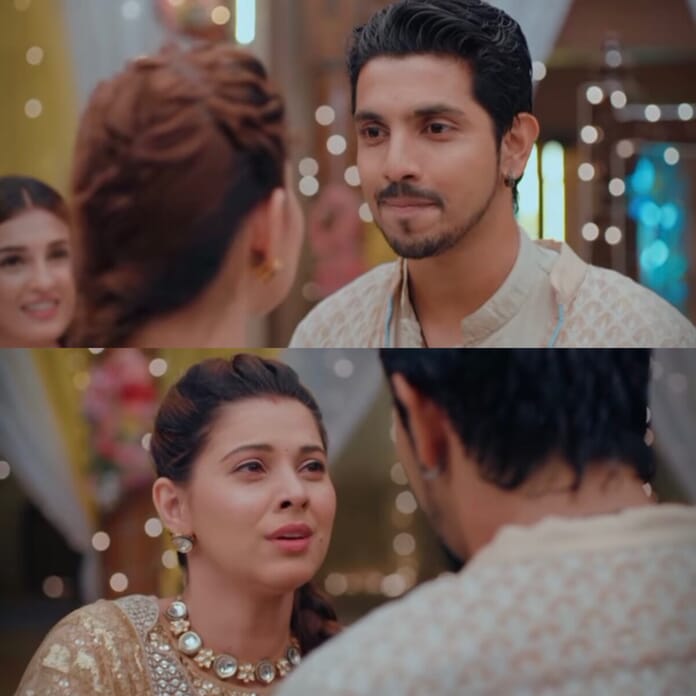 Star Plus’ popular show Pandya Store is entertaining its audience since the first day it aired on the television screen. The show is currently focusing on Dhara’s complicated pregnancy. The show is gearing up for more drama in the upcoming episode with Shiva and Raavi getting married again.

In the upcoming episode it will be seen that Gautam gets a nightmare in which Dhara pleads him to save her baby. Raavi goes to the shop to meet Shiva. On the way Raavi meets her friend Sneha, who tells about divorce story and says that girls should not believe that boys love them until they confess it by themselves. Raavi decides to wait until Shiva confesses his love to her. Raavi comes to the shop and gives hint to Shiva to confess his feelings, but he doesn’t understand her. Later Raavi gets ready for the party. Dhara notices that Raavi isn’t wearing her mangalsutra and asks her about it. Raavi says that Suman took it from her. Dhara and Raavi ask Rishita to get the mangalsutra from Sudan’s room and Rishita does so. Shiva ties the mangalsutra around Raavi’s neck while the family happily witnesses it by showering flowes over them.

In the upcoming episode it will be shown that Dhara will faint suddenly. Pandyas will rush Dhara to the hospital. The gynecologist will tell Gautam and the family that Dhara’s foetus has an abnormal development and it could be harmful for Dhara shocking everyone.

What will happen next? Will doctor suggest Dhara to abort the baby? What will Pandyas decide?