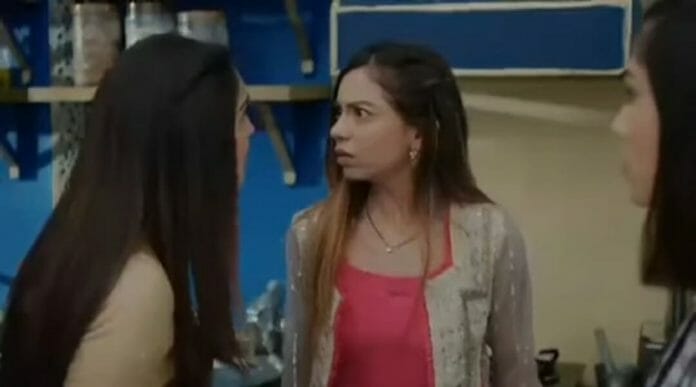 Star Plus’ popular show Pandya Store is gearing up for more drama with Shweta making a mistake.

In the current story, it’s seen that Dhara makes dry fruits Halwa for Chiku and Chutki. Dhara takes the Halwa to feed Chiku, asking Shweta to give the rest of the Halwa to Chutki. A greedy and starving, Shweta tastes a spoon of Halwa, but she isn’t able to stop herself and finishes the Halwa. Shweta is sacred of Rishita’s reaction if she discovers it. So she plans to get a cat inside the house and blames it for eating the Halwa.

Suman, who is waiting for Kanya to bring the autoricshaw to go to the temple, notices Shweta catching a cat on the street. However, Rishita understands Shweta’s trick and accuses her of cheating Chiku’s Halwa. She argues with Shweta about wanting all the best things for Chiku, while Chutki is yearning for all the good things.

Dhara asks Rishita to stop blaming Shweta and comparing the children. Dhara asks Rishita to give Chutki the leftover Halwa that Chiku didn’t finish. Rishita becomes angry and says that Chiku will never eat Chiku’s leftover. Krish blames Shweta and fights with her. Dhara sends them from there to avoid a new fight. However, Rishita remains upset with Dhara for trusting Shweta over her.

In the upcoming episode, it will be shown that Raavi will say to Dhara that her period is delayed by a week. She will add that it has been that her and Shiva have come close. Dhara will be shocked and will whisper Arnab’s name. Hearing this, Raavi will have the feeling of being betrayed, since Dhara also doubts her.

Shweta will be overhearing their talk. Dhara will catch Shweta and will warn her not to tell anyone in the house about this before they tell them else she will throw her out of the house. Shweta will look on shocked.

Will Pandyas learn that Raavi had the period control pill? How will they react to it?