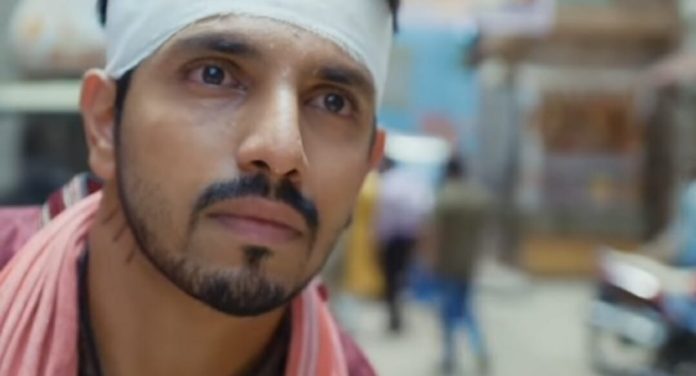 Star Plus popular show Pandya store is gearing up for more drama with Shiva reaching to Somnaath after escaping from his wedding.

In the current story it’s seen that Anzal and his men catch Shiva and brings him back. Rakhi says to Surbhi to get ready for the engagement. Surbhi gets elated and asks if Shiva agreed to marry her to which Rakhi says that he didn’t, but he will soon accept the marriage. Shiva overhears this and decides to escape from here anyhow.

The family look after the arrangements. Shiva pretends to be unconscious. The goons get him ready. After they left Shiva manages to free himself and escapes from there. On knowing this the family hunts for Shiva. The latter reaches the highway and takes lift to a vehicle that’s going to Somnaath.

Pandyas inaugurates the renovated store. Suman asks Raavi to cut the ribbon as she gave new beginning to the shop and she is Shiva’s alter ego. Raavi cuts the ribbon. Meanwhile Shiva reaches Somnaath. He spots Krish and calls out Krish. Krish fails to hear this. Shiva manages to reach near their store.

He spots Dhara. Shiva learns that Pandyas used the compensation given for his loss to renovate the store. He also learns about a family who got arrested for deceiving government for compensation money. He hides himself thinking his family will get arrested if he returns to them.

In the upcoming episode it will be seen that Police will come to Pandyas house. The inspector will say that Government is giving compensation to family of the victims of highway accident and some people lie to get the compensation.

The constable will that someone informed them that Shiva was seen alive shocking the family. The inspector will warn them to be ready to go to the jail if they lied for compensation. Raavi will say to the family that Shiva is alive, she can feel him, he is fine.

What will happen next? Will Pandyas spot Shiva?