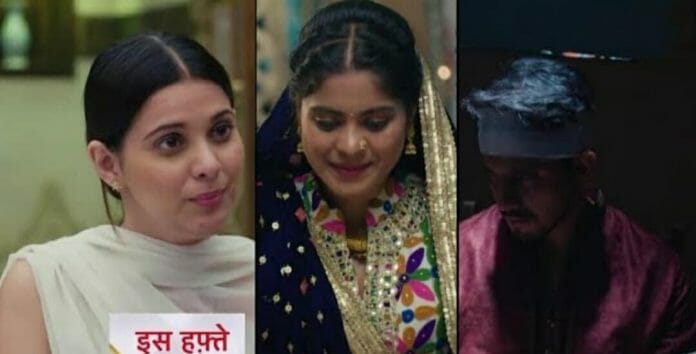 Star Plus popular show Pandya store is gearing up for more drama with the family who saved Shiva planning to get him married to their daughter.

Gautam misunderstands that Ansal calls him to convey his condolences for Shiva’s loss. Ansal understands that shiva’s family thinks that Shiva is dead. He tries to tell Gautam that Shiva is alive but Gautam did not hear anything due some network issues. So Ansal decides to call Gautam the next today. He shares the same with with his wife Rakhi after reaching home. Rakhi suggests getting Shiva married to their daughters Shruti.

Ansal hesitates as they don’t anything about Shiva and his family. Rakhi says that she asked his name and his name is Shiva. She believes that he should belong to a good family.

As Ansal and Rakhi are talking about getting Shiva married to Shruti, an injured Shiva overhears their talk and worried. Other and pandyas get worried about Raavi when she goes missing. Later they get emotional on knowinging that Raavi deposited 10 lakh money in Gautam’s account when Gautam receivea notification from the bank side.

In the upcoming episode it will be seen that Raavi will tell with complete belief to Dhara that Shiva is alive. Meanwhile Ansal and his family will make an unconscious Shiva get ready as groom to get him married to Shruti forcibly.

What will happen next? Will Shiva be able to escape from them and will go to his family?