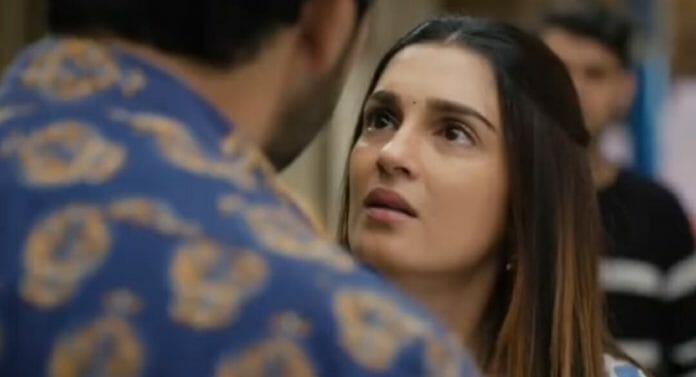 Star Plus’ popular show Pandya Store is gearing up for more drama with Shiva accusing Dhara of helping Raavi with the abortion.

In the current story, it’s seen that Gautam and Rishita scold Shiva for misbehaving with Dhara, while Suman says that she’s disappointed with his behavior. Shiva says that he is also disappointed with Dhara’s action. He says that Dhara, whom he always worshiped, betrayed him. A confused Dhara asks Shiva to tell what she did. Shiva asks what happened with Raavi in the hospital.

Dhara says that she had fibroid removal operation. Shiva asks if the fibroid was removed or a foetus. He gives Rishita the report and asks her to read and say what is written. Rishita reads it and says that the foetus was removed, which shocks the Pandyas. Dhara denies this and says that the hospital staff must have made a wrong report.

Just then, Raavi arrives there. Shiva angrily asks Raavi why she aborted the child and questions about the identity of the child’s father, which angers Raavi. The latter slaps Shiva.

In the upcoming episode, it will be seen that Shiva will accuse Raavi of aborting the child to hide her affair with Arnab. Dhara will shout at Shiva and will raise her hand to slap him. Raavi will decide to leave the house. Dhara will ask Suman to stop Raavi.

Suman will ask Dhara to leave the house along with Raavi, with whom she sympathizes. Dhara will say to Gautam that she has to leave the house to find out how Raavi’s report has changed. Rishita will go to the hospital where Raavi was admitted.

She will ask the doctor Nitin, who swapped Raavi’s original report with a fake abortion report upon Shweta’s instructions, if Raavi had been operated for fibroid or foetus removal.

Will this be the end of Shiva and Raavi’s relationship? Will Dhara be able to find out that Shweta is responsible for all the confusion?