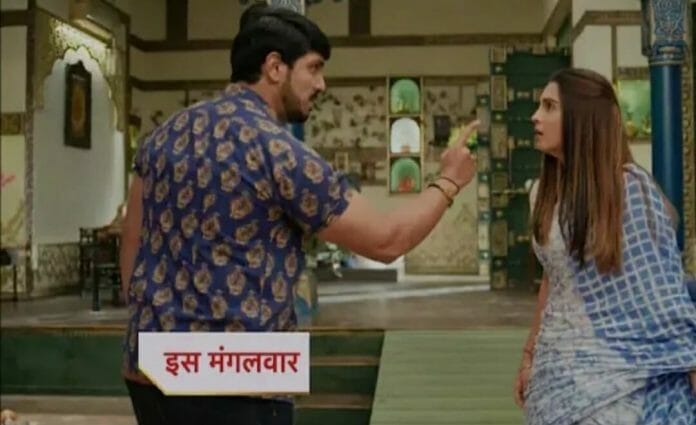 In the current story, it’s seen that Shweta disguises as a nurse and enters the ID room. She flirts with the staff who is responsible for typing the patient’s reports and gets permission to print Raavi’s report. She uses this opportunity and edits Raavi’s report. She writes that the foetus was removed in place of a fibroid’s removal.

She gives the report to his friend, Nithin, who is a doctor in that hospital and asks him to exchange it with the pain page of Raavi’s report. He obliges and exchanges Raavi’s original report with the fake abortion report and copies the chief doctor’s sign on it.

After Shweta reaches home, Rishita questions Shweta about finding a pregnancy kit in her room.

In the upcoming episode, it will be seen that Shiva will misunderstand that Dhara took Raavi to the hospital for abortion. He will break all the things in the house with a stick. Gautam will ask Shiva to tell him the reason for his anger. Dhara will try to snatch the stick from Shiva’s hand. Shiva will shout at Dhara.

He will say that Dhara, whom he has been worshipping since his childhood, betrayed him. He will accuse Dhara of betraying him. Dhara will be confused by Shiva’s words. Shiva will ask Dhara to tell the truth and will ask what happened with Raavi in the hospital. Dhara will say that Raavi had a fibroid removal operation.

Shiva will ask if the fibroid was removed or if it was an abortion. He will give Rishita Raavi’s report. Rishita will read the report and will say that the foetus was removed, which will shock the Pandyas.

How will the rest of the family react? Will they also fall in Shweta’s trap and accuse Dhara?