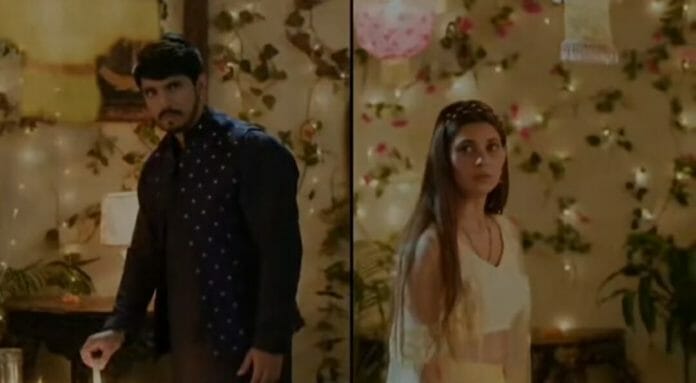 Star Plus’ popular show Pandya Store is gearing up for more drama with Dhara being questioned about using Chiku’s money to get Raavi-Shiva’s Goa tickets.

In the current story, it’s seen that Pandyas celebrate Diwali. Dhara sends Shiva and Raavi to the terrace on the pretext of lighting the diyas to give them some time alone to sort out the differences. While the rest of the family is busy lighting the duyas in the hall, Shweta goes to Shiva and Raavi’s room.

She exchanges the shirt that Raavi bought for Shiva with the one she bought for Arnab. Later, Shweta’s parents visit the Pandyas. As planned by Shweta, the courier boy delivered Shiva and Raavi’s Goa tickets that time. The Pandyas and Shweta’s parents are shocked when Shweta paid for those tickets using Chiku’s money. Shweta’s parents question Dhara about the same.

Shweta’s dad says to Dhara to use Chiku’s funds only on him. However, Shweta’s mom says that she has complete trust in Dhara and her decisions. Shweta vows to create misunderstandings between her mom and Dhara so that her mom snatches Chiku’s custody from Dhara and gives it to her.

In the upcoming episode, it will be shown that Raavi will give Shiva the shirt that she bought, saying that it will perfectly suit him. Shiva will check the price tag. He will misunderstand that Raavi bought a shirt which was less costly than Arnab’s shirt. He will be furious and will burn that shirt when no one is around.

The Pandyas will come there running, seeing something burning and will douse the fire. The Pandyas will be shocked to realize that Shiva’s shirt had burned and will wonder how it had happened.

Shweta will pour the oil on the fire by saying that she saw Shiva with the shirt there, indirectly stating that Shiva burned it.

How will Raavi react to this? Will Shweta be successful in her intention? Will the Pandyas find out Shweta’s plotting?