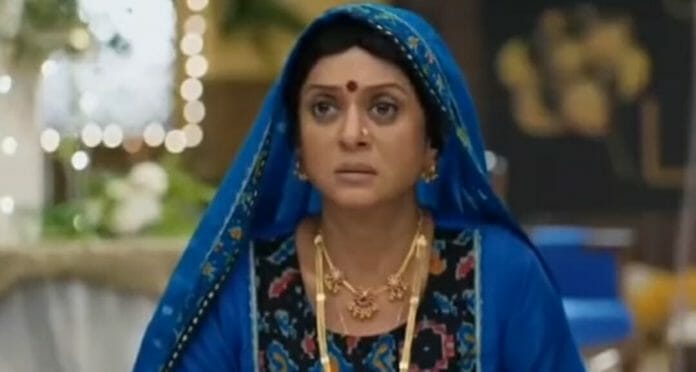 Star Plus’ popular show Pandya Store is gearing up for more drama with Dhara’s health deteriorating.

In the current story, it’s seen that as Pandyas’ car breaks down, they steal a car from a groom’s procession to catch Chiku’s kidnapper and save him. They alert Krish and the police about the same. Meanwhile, Janta brings a priest to Pandya’s house to find Chiku’s whereabouts.

Rishita catches the priest stealing Suman’s phone. Suman and Rishita chase him out of the house. They are shocked when they notice the unconscious Dhara. They call the doctor. The latter checks Dhara and tells them that her condition is worsening due to stress and it’s imperative that she eats.

On the other hand, the Pandya brothers and the police chase Forum. The latter understands that she will get caught. So she abandons Chiku inside an auto and hides. Pandyas hear Chiku’s sound and looks around to find him. Shiva spots Chiku in the auto.

He alerts his family. They rescue Chiku and take him home. Dhara becomes emotional seeing Chiku. She requests Shweta to let Chiku sleep in her room that night. Shweta agrees. Suman announces that she is sending Shweta and Chiku back to her parents’ house the next day.

In the upcoming episode, it will be seen that Shweta will get drunk. Krish will be shocked to find Shweta in a drunken condition. Shweta will start to lament. She will say that she just wanted a person to love her and a care-free life, but she only got a baby.

She will further say that she did so many things to get rid of Chiku. Krish will get alerted to hear this and will ask what she did. Shweta will tell everything that she has done so far. Krish will be shocked to hear Shweta.

How will Krish react after learning Shweta’s true intention? Will Krish tell his family about Shweta’s truth?