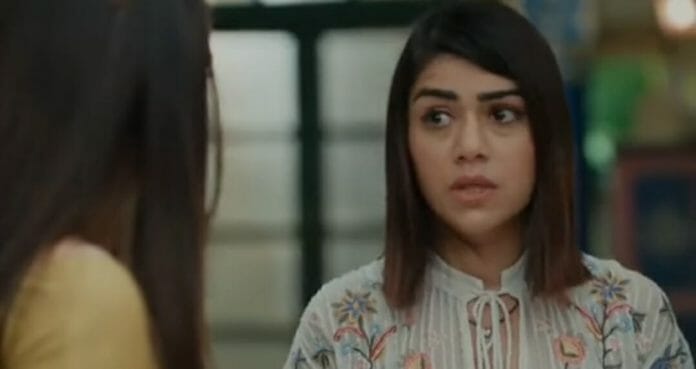 Star Plus’ popular show Pandya Store is gearing up for more drama with Shweta successfully creating a conflict between Dhara and Rishita.

In the current story, it’s seen that Rishita wants the Pandyas to gift a jewellery to Chutki, like Shweta got a gold ring for Chiku. She stays adamant. Dev scolds Rishita over the same. Dhara gives Rishita a pair of bangles for Chutki. Rishita’s face lightens and a big smile appears on her face.

Rishita happily hugs Dhar and thanks her. To everyone’s surprise, Rishita says that she doesn’t want this as it’s enough that Dhara heard her desire. However, Dhara asks Rishita to keep the bangles. Rishita asks Suman to make Chutki wear the bangles after the Diwali puja. Shweta is upset that Dhara once again became a Mahan and sorted out the issue.

However, she smirks thinking that Raavi-Shiva’s issue isn’t sorted out yet. Shweta scares Dhara that Raavi and Shiva’s relationship could break if they don’t do something to help them to clear their difference. She manipulates Dhara to use Chiku’s money to get the Goa tickets for them.

In the upcoming episode, it will be shown that Pandyas will be celebrating Diwali. Shweta’s parents will also be there. Pandya will receive by courier the flight tickets of Shiva and Raavi, which will shock everyone. Dhara will say that they wanted to send Shiva and Raavi to Goa, so she booked their tickets with Chiku’s money. Shweta’s father will say that the Pandyas should spend Chiku’s money on him only.

Why did Dhara take the blame on her? Will Dhara find out Shweta’s real intention?