Star Plus’s new series Pandya Store has been keeping its audience hooked to the show since the first episode. The viewers are loving the chemistry between the main leads, Dhara and Gautam and appreciating the bonding shared by the four brothers.

In the previous episode it’s seen that the municipality officer comes to Pandya store as they got a complaint that they had put an illegal shop before their shop. However Gautam and Dhara get escaped because of Kids’ help and smartness. Gautam and Dhara visit the temple. They have the spiked prasad and start acting weird. Gautam takes Dhara on date. He brings her to the fair organized on the occasion of Mahashivratri.

They dance and spend quality time together. Meanwhile a thief sneaks into Gautam’s house. He attacks Suman and steals the jewels. However while he trying to get out of the house, he get caught. Shanta gets shocked finding Suman unconscious. She wakes her up sprinkling water on her face. She advises Suman to hand over all the responsibility to Dhara to avoid such incidents, but Suman doesn’t agree with Shanta’s thought. Gautam and Dhara return home in intoxicated state and they get romantic.

In the upcoming episode it will be seen that Dhara will visit the doctor. Later Gautam will question Dhara where she has gone. Dhara will reveal that she went to the doctor to get medicine for her. She will show Gautam the pills. Gautam will get shocked knowing the pills usage. Dhara will shock him more saying she doesn’t want to have her own kid now.

How will Gautam react? Why Dhara decide not to have her own kids?

All these questions will be answered in the upcoming episodes. To get latest news about your favorite show Pandya Store, keep checking this space. 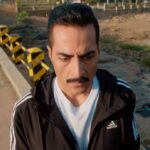