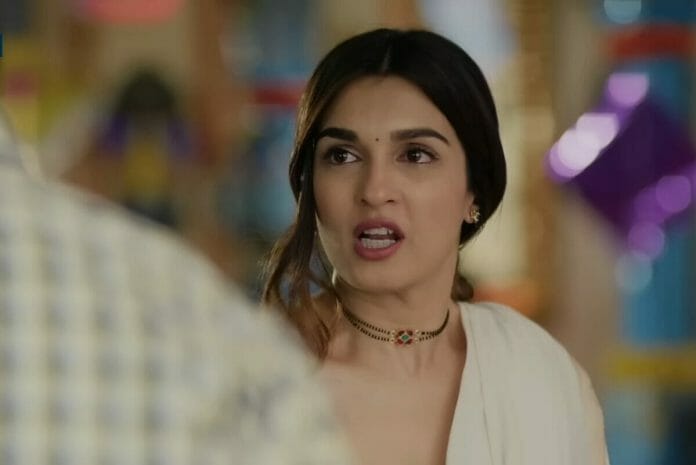 In the current story, it’s shown that Dev wants to go to see Suman, but Rishita refuses. However, she agrees to go when Dev mentions that Pandya Nivas and Pandya Store will be left after Suman leaves. There, Raavi also decides to leave for Somnath. Shiva who is mentally stables thinks that they’re already in Somnath and Raavi wants to go to Somnath temple and happyily agrees.

In Krish side, he gets ready to leave. His mother-in-law gets sad and asks him not to leave. But his father-in-law asks her to let Krish go. Krish also says that he has to go as Suman is the last link and he will get closure if she leaves. In Somnath, Gautam comes to his senses and learns that Suman is unwell.

He blames Dhara for Suman being unwell and for his family’s separation. Later, Gautam asks Chiku if he is a bad person. Chiku says no and says that Dhara told him that Gautam is a good brother and son. Gautam laughs and says that if it’s true his brothers wouldn’t have left him.

In the upcoming episode, it will be seen that Suman will recover. But Dhara will say to Suman that her sons have returned after knowing that she’s fighting the death. So she will ask Suman to pretend to be ill. Suman will pretend to be fainted when the Pandya brothers will storm into the room. Dhara will look at them smiling.

What will happen next? Can Chiku and Dhara reunite the Pandya family again?