Colors show Choti Sardarni is making new records in the sort span of time and currently the show is ruling the TRP chart. Show topped the list leaving behind other shows and became no.1 daily. 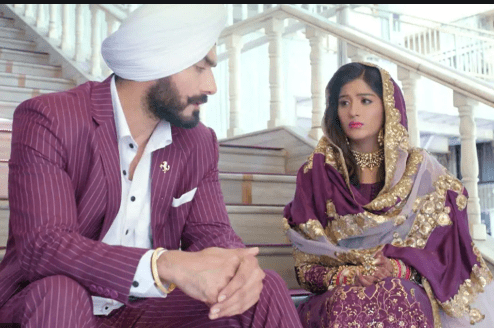 Choti Sardarni twists and turns makes it sure that the audiences don’t change the channel even for a second. Show currently is focusing on new track where Sarabjeet’s first wife Simran parents came back from London and now the duo wants to take Param with them, as they feel Param is not getting the good upbringing.

Param’s grandmother Neerja decides to take param with her but Sarabjeet tells to Neerja that he will not let her take Param far from him. Neerja then ask Sarabjeet that now she will file for Param’s custody and ask Meher and Sarabjeet to meet her in the court.

Now in the upcoming episode will see, Param’s drawing will leave Neerja shocked.

Param in his drawing book will draw an airplane and will show it to Neerja. He will ask Neerja to fly back to London. Neerja will ask Param if he too will fly with them, Param will refuse saying he will stay with his parents.

What more will happen in the show will be interesting to watch. Keep visiting this space to read full written updates of Choti Sardarni episodes.