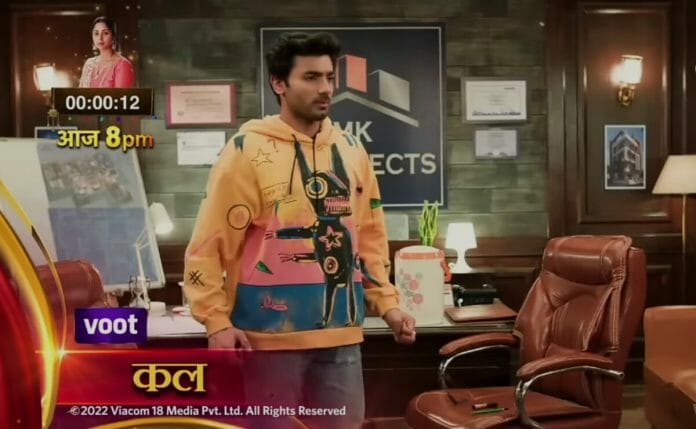 In the previous episode we saw; Parineet left angrily Neeti followed her behind. Meanwhile Rajeev returned to his office and got shocked to see his boss in his cabin. They were praising his wife’s hand made food there. Rajeev’s friend informed to him that Boss was in bad mood though his mood got changed after he ate this food. He doesn’t know he was only engaged to her. He tasted the food and reminded about Parineet. Later Neeti apologized to Parineet for being harsh to her and disappointed her. Parineet hugged her and consoled her. Neeti took her inside for choose her nuptial chain. Sukinder called her and shared her grief with Neeti. She was emotional and invited mom for her marriage. Sukinder demanded her to do wedding in Punjabi style. Monty called to Rajeev and asked him to think about Neeti. He reminded about Parineet and rushed out. Later Parineet and Neeti were discussed about wedding plan. Parineet agreed to be Neeti’s cultural consultant.

Precap: Neeti will inform to Rajeev that she can’t able to pick her mom on time. Sanju will assure to pick her up. He will meet her and introduce him. Sukinder will introduce Parineet as Neeti’s childhood best friend shocking him.

What will happen next? Will Rajeev get caught? When will Neeti find out the truth?