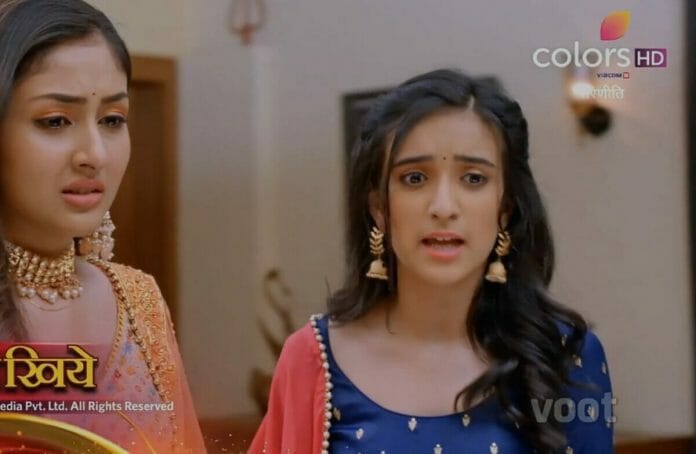 Parineeti is Colors TV’s popular show. This show never fails to entertain its audience with a unique story line. Now, the series focuses on Parineet to reveal the truth to Babli

In the recent episode we see; Grandma saying to Monty that she saw one girl in Rajeev’s room. He says to her nothing to worry she may be a guest. She would have came here to use washroom. No one is in Rajeev’s life than Parineet. She says to him it’s hard to believe anyone in today’s life. Monty tries to convince her but she beats him. Sanju says to Neeti that it’s his mistake. He apologized to her.

Neeti says that it’s his parents mistake. He shouldn’t have hide this truth from her. Sanju trying to confess the truth to her. Neeti asks him how could he hide to her that he had another one name Golu. Sanju tells her that Grandma used to call him like that.

Neeti tells him that he might accept the punishment for hide it from her. Later, Tai ji and Gurinder argued with each other. Grandma scolds them for creating a scene in Diwali.

She misunderstands that Parineet and Rajeev are romancing with each other. She demands them to give a heir to them asap.

In the upcoming episode viewers will see: Grandma will slap Rajeev for being in relationship with another woman when his wife is here. She will curse him that one day he will also feel the pain of betrayal for cheated Parineet