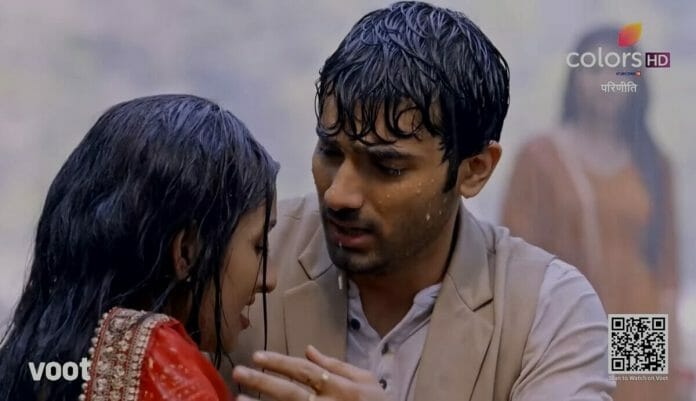 Parineeti is Colors TV’s popular show. This show never fails to entertain its audience with a unique story line. Now, the series focuses on Biji to spills the beans

In the recent episode we see; Rajeev guessed that Parineet was locked in the coffin. Neeti worried for Parineet. ACP traced Parineet’s location. Rajeev rushes to the spot. Leo thought it was the first time he failed to complete a task for Alahawat. Rajeev asked Neeti to don’t get down from car it’s raining. Rajeev and Monty found many graveyard there.

Monty dialed to Parineet’s number. Rajeev found one graveyard looks suspicious. He digged it and found Parineet. He took her out. He gave mouth respiration to her. Parineet gained concious.

Neeti came there and hugged her. Later, Biji was excited to welcome Parineet and Rajeev to home. She disappointed seeing Neeti there .

Neeti will tell her he isn’t Rajeev but him pointing Vishal. Biji will introduce her both Parineet and Rajeev are husband and wife. Neeti is a third wheel inbetween them.