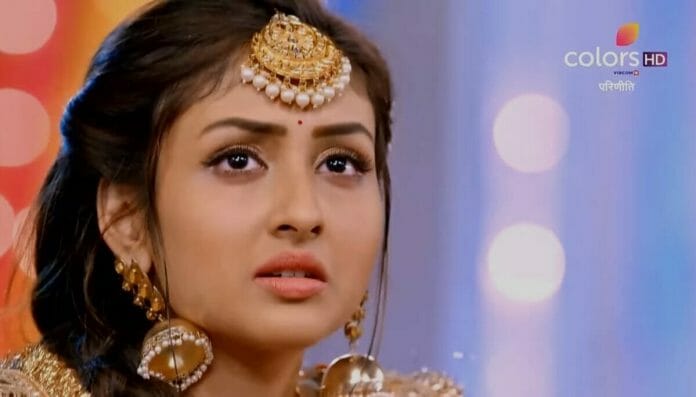 In the recent episode we see; Rajeev tried to convince Vishal to stay there. He refused to help him. He lashed out at Rajeev for betraying innocent Parineet. He complained that he was a selfish person. Parineet came there to help him. Vishal said to her that he felt pity for her. He came here to help her.

He added that Rajeev was blind in love with Neeti. She wasn’t better than Parineet. But he chose Neeti over her. Parineet plead with him to leave this matter. Neeti came there. Vishal excused them. Neeti stopped him and argued with him. Parineet got frustrated see them arguing with each other.

She demanded Neeti to stay away from her life. Neeti noticed Vishal hugging someone else. Parineet apologized to Neeti for being rude with her. Later, Rajeev learnt from Parineet what happened. Gurpreet wished to talk with Parineet. But she heard a girl voice from Parineet’s room.

In the upcoming episode viewers will see; Gurpreet will ask Parineet: Isn’t she a daughter in law of this house? Why is she staying in the guest room?

Later, Gurpreet will inform Biji that she is waiting to see her heir. Gurinder will inform her that Parineet is not able to give a heir to her