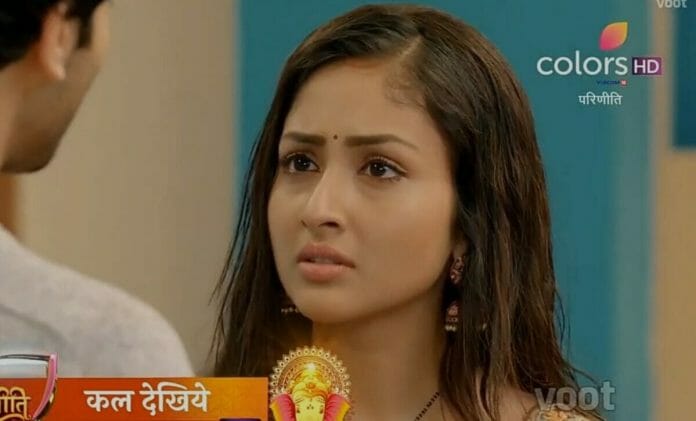 In the previous episode we saw: Rajeev was shattered after learning Neeti’s state. Parineet prayed god to save Neeti. She said to God she doesn’t need anything but bring Neeti back. Parineet added that Sanju, who betrayed her not Neeti. She wasn’t aware of this truth so don’t punish her.

She asked God to punish her instead of Neeti. Sanju, betrayed both of them. Later, Chandrika sneaked into her house. Simi caught her red handed. She enquired her where did she went? She was not ready to answer her. Gurinder confronted her. Chandrika revealed to her about Neeti’s accident.

In the upcoming episode viewers will see; Parineet will think that Rajeev shared her nuptial chain and rights to Neeti. Neeti will get conscious and ask doctor about Parineet? She will inform her she was there till her surgery but she didn’t find her after that.

Parineet will enquire Rajeev where did he went yesterday? He will lie to her yesterday his meeting was successful so Boss gave dinner to him. Parineet will ask him doesn’t his boss invite his wife for dinner?