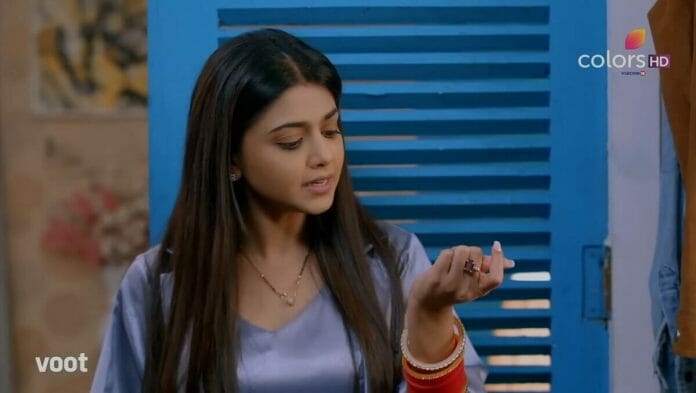 Parineeti is Colors TV’s popular show. This show never fails to entertain its audience with a unique story line. Now, the series focuses on Parineeti lands up in the hands of prostitution racket.

In the recent episode we see; the cab driver taking Parineet to a shady place along with his friend. He says to Parineet that he has some surprise for her. Parineet thinks where is this place? Where did they take her to? What’s this surprise? The cab drivers are discussing their future plans. Parineet gets confused with their talk and tries hard to free herself from them.

Later, Neeti pranks with Rajeev and Monty. Rajeev hurts Neeti for Parineet. He tried to manage the situation there. Neeti shows her pregnancy mood swings to him. She inquire him about Parineet’s bracelet. Rajeev manages to lie with her. He feels guilty for hiding the truth from Neeti.

Later, the cab driver received money from the leader of that prostituion racket after sold Parineet to him. He demands Parineet to change her dress. Parineet prays god to save her.

In the upcoming episode viewers will see: Rajeev will say to Parminder that he only loved Neeti in his life. She is carrying his baby. He will tell her that he wants to give all relatives to her and his unborn baby.

Tai ji will question him why did he failed to think about Parineet? Later, Parineet will plead with Neeti to save her. If she don’t help her then she won’t see her alive