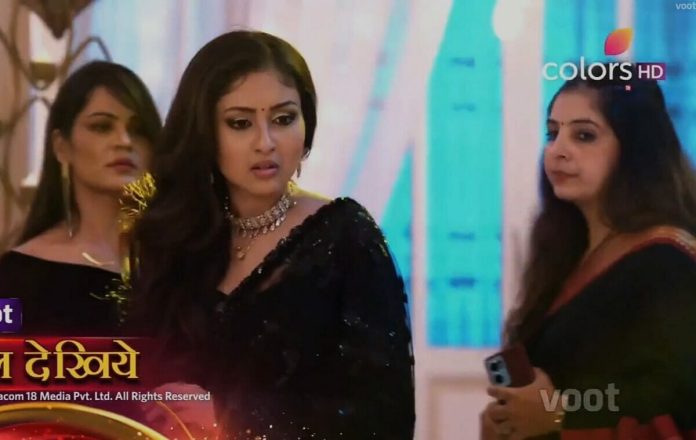 In the previous episode we saw; Parineet and enquires her about Sanju? Neeti assured to Parineet he was in room. Parineet said to Neeti she saw Sanju outside. He was looking suspicious because he using back door to enter inside.

Neeti went to check him inside. Rajeev noticed Ajay and tried to pull him up. Neeti opened the door he left the hand of Ajay. He fell down. Neeti questioned him who was that? Rajeev pretended like getting angry on her and walked away.

Neeti said to Parineet that she doubted him unnecessary. Rajeev asked Ajay to wear his blazer and exchanged their mask. Neeti apologized to Ajay misunderstood him as Rajeev.

Later Parineet saw Shreya with Ajay and lashes out at them for betraying Neeti. They managed to lie with her. Rajeev asked Monty to help him take Parineet from here.

In the upcoming episode viewers will see; Rajeev will enjoy the dance in party. He will notice the chandelier gonna fall down where Neeti dancing?

Rajeev will shout Neeti’s name to alert her but she didn’t hear his voice properly. He will rush near her and save her on time preventing her from hurting. Rajeev will get panic seeing her faint.

What will happen next? Will Parineet find out the truth? When will Neeti caught Rajeev red handed?