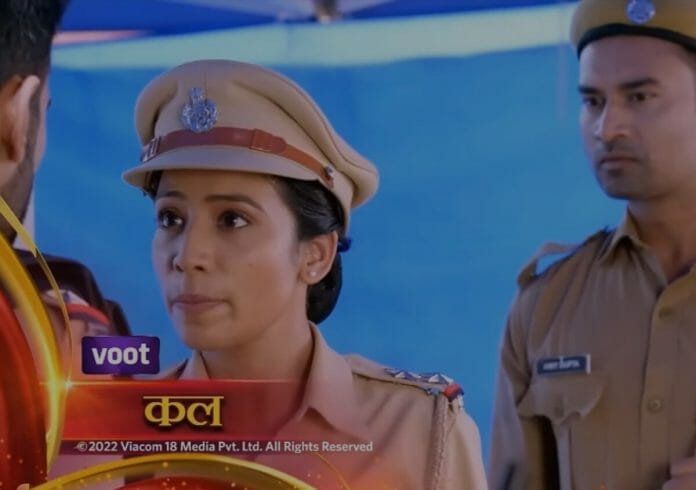 As reported earlier it’s shown that Vikram enters the bank and he sends out some hostages through the rope. Monty stops Parineet from seeing Rajeev with Neeti and takes her in another way. The doctor tells their man is fine and asks them to send her. Angad asks where is their nurse. The doctor says she may be lost her way. Angad calls the police. Arjun scolds him and cuts the call. Inspector Kiran warns him to not involve in her operation. Angad calls them again and asks Kiran if her fight is ended. She gets surprised. He demands her to give him gold so that he will release the Doctor and 2 more hostages. Inspector says she is not a hostage. Angad says you sent a fake nurse so I can’t trust anyone. Angad asks his men to find the fake nurse. The robber catches Parineet, Neeti, and Rajeev. Vikram notices Parineet. He takes the gun from Shilpi and fires in the air. Hostages beat the robbers. Rajeev takes Neeti to room. Parineet sees Rajeev. Rajeev opens the door. He sees Pari is coming and Robber is behind her but he closes the door on her face. Pari gets shocked. The robber is about to attack her but Vikram saves Parineet. Vikram tells he came to save them. He asks about Rajeev. She tells he is in the room. Vikram asks them to open the door. Neeti recognizes his voice and asks Rajeev to open the door. Shilpi catches Parineet and Vikram. Rajeev decides to reveal the truth to Neeti.
In the upcoming episodes, viewers will witness Rajeev will tell Neeti that he wants to tell her the truth by himself. Police will find Mukesh and Angad are brothers. Parineet will get shocked seeing unconscious Neeti.

Will Neeti be able to forgive Sanju? Will Neeti find the reality of Rajeev?