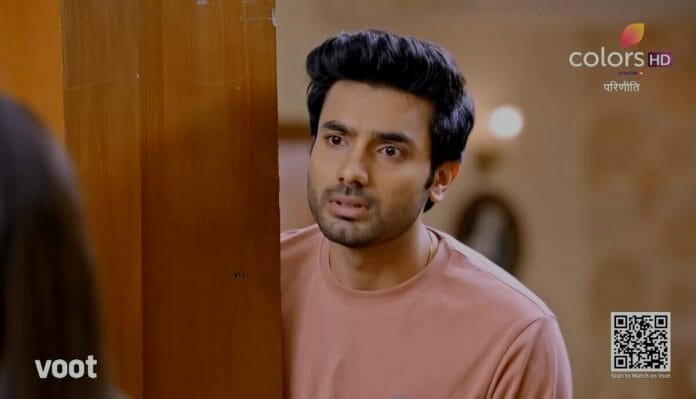 Parineeti is Colors TV’s popular show. This show never fails to entertain its audience with a unique story line. Now, the series focuses on Neeti to learn the truth

In the recent episode we see; Parineet cries thinking about Rajeev. Parminder came there to console her. Parineet said to her that she couldn’t see Rajeev with Neeti. She was aware Neeti was his love. But she was feeling the pain inside her seeing them together. Doesn’t he belonged to her till yesterday.

Today he was belonged to Neeti. She shared her grief with Pariminder. She consoled her. Neeti shared with Rajeev that she wanted to purchase Christmas gift for everyone. Later, Babli admired Monty. She thanked him for saved Parineet.

Neeti noticed Vishal in market and followed him. He met with an accident. She took him from there to surprise Parineet. Later, Biji made fun with Gurinder. She sent her family members out to attend a function

Neeti will tell her he isn’t Rajeev but him pointing Vishal. Biji will introduce her both Parineet and Rajeev are husband and wife. Neeti is a third wheel inbetween them