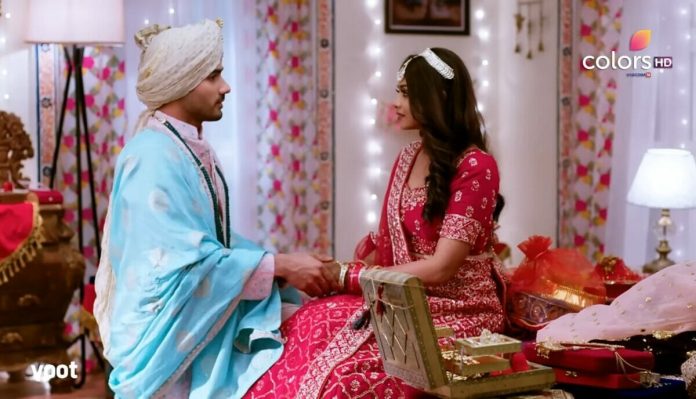 In the previous episode we saw; Neeti called doctor to check her mom. He assured her that she was doing good let her take rest. Rajeev felt bad thinking about recent incidents.

Parineet called him to accompany her to meet her friend mom but he said to her he was busy. Neeti hugged him and shared her grief with him. Rajeev said to her that he was the reason for her mom’s state. She said to him it wasn’t his mistake.

He added that he don’t deserved her love. She consoled him. Gurpreet called Sukhwinder to enquire about her state she assured her she was fine and invited them for Neeti’s marriage.

Later Rajeev was thinking about his promise to Parineet and Sukhwinder and about to lost his way but stopped. Parineet met Sukhwinder. She asked Neeti to marry Sanju asap.

She phone Rajeev to discuss about it he somehow agreed to marry her. Later Parineet noticed Rajeev was crying she consoled him and made him feel relieve. He shared his grief with her.

In the upcoming episode viewers will see; Parineet will reach the Neeti’s wedding. She will learn from Sukhwinder that Neeti is in her room. Meanwhile Rajeev will help Neeti to get ready and make her wear her earring. Parineet will open the door and look on.

What will happen next? Will Rajeev marry Neeti? How will Parineet find out the truth?