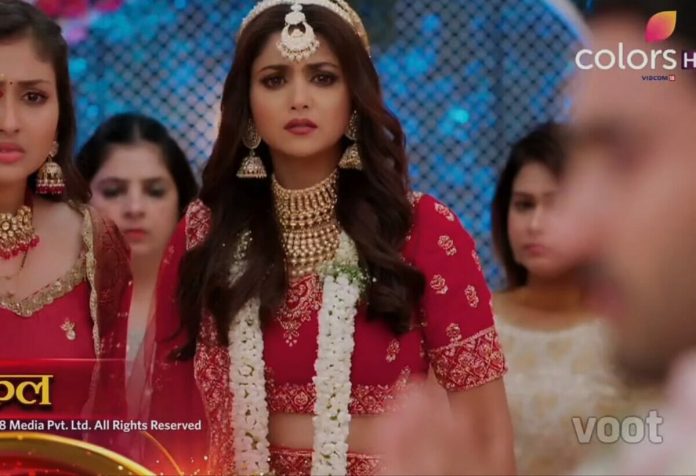 In the previous episode we saw; Parineet got happy when relatives identified her as Neeti’s sister. Rajeev’s friends were teasing him and made sure he was happy with the wedding. Driver dropped Vicky’s family at venue. Harman found him as nervous and asked him to wash his face.

Parineet went to Rajeev’s room and found his friends were drinking. She scolded them and left. Rajeev doubted may that was Parineet and changed his thought. Sukhwinder got emotional seeing Neeti and shared her happiness with her. Later Neeti asked to priest if it bad omen to meet bride and groom before marriage. He gave a solution to her.

Neeti met Rajeev and asked him about her look. Meanwhile Driver spotted Neeti in venue. Parineet met her family members and invited Rajeev to attend the marriage but he denied it. Parineet brought her family near Neeti. Neeti apologized to them and shares her happiness with them.

In the upcoming episode viewers will see; Priest will ask Rajeev to forward his hand. Neeti will search for Parineet and ask them where is she? She won’t marry without her. Rajeev will get shock to see Parineet with Neeti and doubt how come they know each other.

He will stand there numb. Rajeev will announce that he can’t able to marry Neeti. He will reveal his identity to everyone. They will get shock to see Rajeev there.

What will happen next? Will Rajeev elope from Mandap? How will Rajeev tackle this situation?