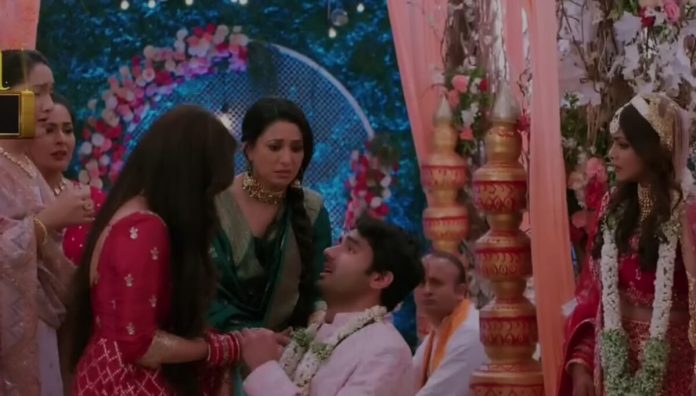 Parineetii is Colors TV’s popular show. This show never fails to entertain its audience with the unique story line. Now serial focusing on Rajeev will apologize to Parineet!

In the previous episode we saw; Cab Driver shared to his friends that Neeti and Parineet framed him as pervert and beaten him. He added that he saw them enjoying in wedding. His friends provoked him to stop that wedding and ruin their happiness.

They left to attend the wedding. Later Rajeev’s friends pulled each other legs. Drivers disguised like servers and entered into wedding venue. Gurpreet and Sukhwinder praised Parineet for arranged everything well. Vicky shared his point of view to them which disappointed them but Neeti boosted their mood.

Parineet asked them to get ready. Later Neeti and Parineet started dancing there. Rajeev friends took him from there forcefully to dance there. Parineet dreamt like dancing with Rajeev. Rajeev noticed Parineet’s family and left from there. Sukhwinder introduced them to Rajeev. He collied with Parineet while leaving. Drivers stalked both Neeti and Rajeev to abduct them but failed. Later Rajeev ignored Vicky.

In the upcoming episode viewers will see; Priest will ask Rajeev to forward his hand. Neeti will search for Parineet and ask them where is she? She won’t marry without her. Rajeev will get shock to see Parineet with Neeti and doubt how come they know each other.

He will stand there numb. Rajeev will announce that he can’t able to marry Neeti. He will reveal his identity to everyone. They will get shock to see Rajeev there. Neeti to slap Rajeev

What will happen next? Will Rajeev elope from Mandap? How will Rajeev tackle this situation?