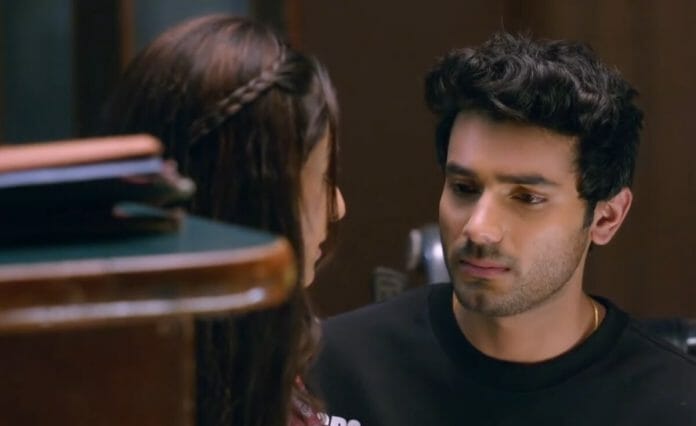 Color TV’s popular show Parineetii is witnessing an interesting track where Neeti enters the bank in disguise to save Parineet and Sanju.

As reported earlier it’s shown that Monty points to Rajeev about his closeness with Parineet. Rajeev tells Monty that he is predicting wrong. Parineet is about to fall down. Rajeev rushes to her and holds her on time. Monty smiles seeing them. Pari thanks him. Rajeev scolds her and asks her to sit calmly without hurting herself. Pari smiles. Monty tells him that Pari is seeing his love in these scoldings too. Rajeev says it’s her problem. Neeti disguises herself as a nurse and enters the bank with the Doctor to rescue Parineet and Sanju. Vikram arrives at the bank and asks Inspector to allow him inside but Inspector denies. The doctor checks Robber who got shot. She tells the patient lost so much blood. Angad threatens to kill her if she doesn’t save his men. Shilpi recognizes Neeti and tells she is not a nurse. Angad aims a gun at her and asks who is she. Neeti manages to escape from them telling them she is a nurse. The couple tries to run away. Shilpi shoots at the door where Parineet and co are hiding. They get shocked when the door gets opened. Hostages run in different directions. Neeti looks for Parineet and Rajeev. Rajeev meets Neeti and questions why she came. Neeti hugs him happily. Parineet searches for Rajeev. Vikram enters the bank through the window.
In the upcoming episodes, viewers will witness Monty will try to take Pari out of the bank to stop her from seeing Rajeev with Neeti but she says I have to find Rajeev. The goons will catch Pari, Neeti, and Rajeev. Vikram will enter inside and catches the gun from the robber and at them.

Will Neeti be able to forgive Sanju? Will Neeti find the reality of Rajeev?