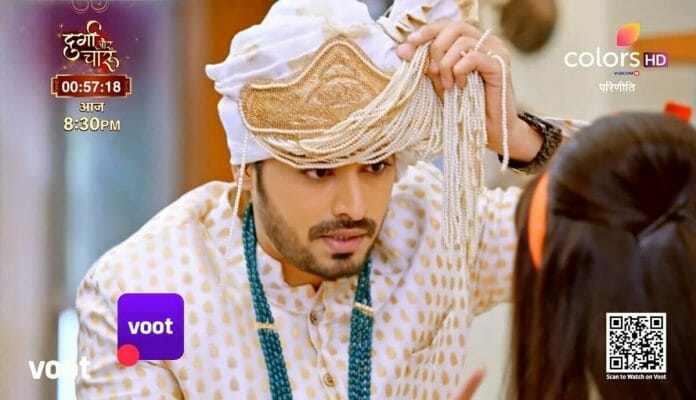 Parineeti is Colors TV’s popular show. This show never fails to entertain its audience with a unique story line. Now, the series focuses on Rakesh to kidnap Parineet

In the recent episode we see; Rakesh mixed the sleeping pills in the juice. Guest mistakenly takes that juice tray from there. Gurinder asks him what’s he doing here? He shares with her what happened? Gurinder tells him that she drink the juice unaware of his plan. Meanwhile, Vishal feels uncomfortable with Neeti’s stare. He asks Rajeev doesn’t he happy with his married life?

She is making him feel uncomfortable with her stare. Rajeev asks him to drink the juice and leaves from there. Vishal thinks that somehow is wrong between them. Later, Everyone started behaving weird in an intoxicating effect. Meanwhile, Rajeev helped Parineet to reach her room. She confessed her feelings to Rajeev

In the upcoming episode viewers will see; Rakesh will make Parineet unconscious and takes her with him. Parminder will tell Rajeev they have to find the guy who took a girl with him who is that girl. Neeti will asks them where is Pari. The family members will get shocked.