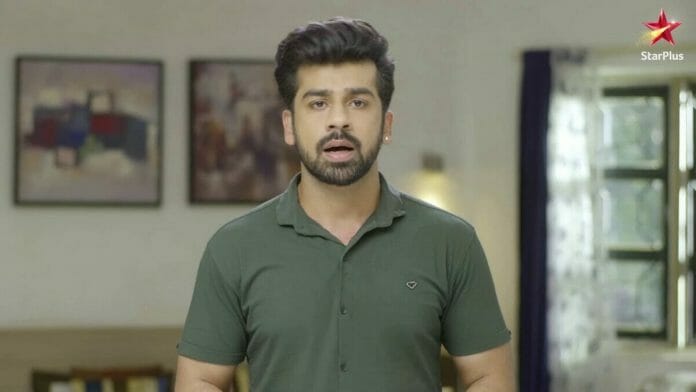 Paritosh will turn against Anupama post Vanraj will disown him.

In today’s episode, Anupama says only Kinjal has a right to give a punishment to Paritosh.

Paritosh asks Kinjal not to listen to Anupama. He accuses Anupama for breaking his family. Paritosh add Anupama doesn’t belong to today’s gen thus she don’t understand anything. He asks Kinjal to believe him that he loves Arya and her the most. Paritosh says she promised Rakhi too. Paritosh asks Kinjal to believe him. Kinjal says like other girl she will not ask Paritosh where she was wrong. She gets confident that her love for Paritosh was pure still he betrayed her. Leela says such talk if comes on TV than they change the channel. She says she can’t hear Kinjal and Paritosh. Anupama says if they will cover the mistake it will make things worse for Kinjal. She says she knows how it feels when one is kept in a dark. Anupama says it was important for Kinjal to learn the truth. Paritosh says Anupama wants to break his family. Kinjal says he agree with Paritosh. She says like Paritosh she too will go to other men.

Kinjal says it will be nothing but will be a fling. Paritosh shouts on Kinjal. Kinjal asks Paritosh not to shout. Vanraj asks Paritosh to lower his voice. Paritosh isn’t guilty. Vanraj slaps Paritosh.

In the upcoming episode, Kinjal will decide to leave Paritosh. Vanraj will stop Kinjal from leaving the house. He will throw Paritosh rather. Paritosh will accuse Anupama for the mess. Will Barkha benefit Partiosh and Anupama’s animosity? Time will only tell