Colors TV newly launched show Pavitra Bhagya managed to grab viewers attention on its first day of it’s launch with its unique storyline. The show focuses on the lives Reyaansh, Pranati and Jugnu and the change in equations in their life.

As its reported earlier Pranati gets bad mouthed by the society for her ill character and she reveals that Vardhan is the culprit. Now it will be seen that Despite being caught Vardhan acts innocent and blames Pranati for trying to frame him.

In the previous episodes it’s seen that Reyaansh realizes his love for Pranati and Jugnu too understands her hidden love for her mother. She prays for Pranati to get back her consciousness.

Later Pranati wakes up but doesn’t have any knowledge about what happened. Everyone bad mouths Pranati for being caught in sex raid and character assassinates her. Pranati finally recalls what happened and reveals that Vardhan is the culprit shocking everyone.

In the upcoming episodes it will be seen that the society women are actually sent by Dadi to throw Pranati out of the house. At first Pranati couldn’t recall anything and Vardhan sighs in relief.

However soon Pranati remembers Vardhan’s attack on her and reveals his face. However Vardhan turns the table acting innocent and blames Pranati for framing him to escape. A furious Pranati is about to slap Vardhan but Reyaansh stops her mid air.

Will Reyaansh trusts Pranati over her brother? Will Pranati able to prove her innocence and stay in the Khurannas? 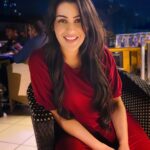 Yamini Malhotra: Dad always said that he didn’t want me to score 90 percent...

July 27, 2021
We all cherish our beautiful childhood memories. That’s the time when we fall in love for the first time, think about the career we... 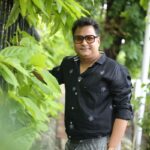 Ishqbaaz fame Shrenu Parikh is all set to mark her new journey with &TV’s... 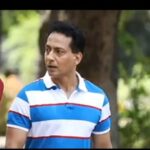 Bhagyalakshmi: Radhika will ask Gopi to stop visiting the house for Mayu. 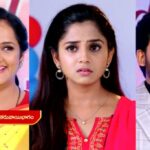 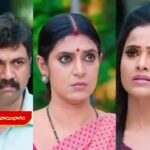