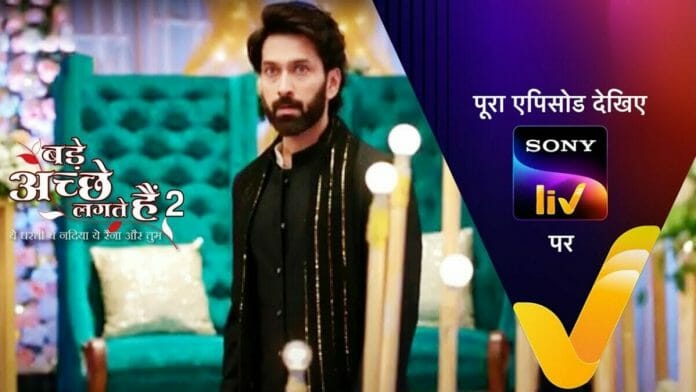 Show Bade Achhe Lagte Hain 2 is interesting fans lately. The show is all set to witness Ram and Priya’s marriage track. RaYa fans are extremely excited for the upcoming episode.

Well, this week Ram impressed the audience with his performance. Though he never failed before but during RaYa reunion Nakuul won heart with is expressions and acting.

Both Disha and Nakuul are doing amazing as Priya and Ram. Fans fallen head over heels again with Ram’s love confession for his lady love. Ram 2.0 was already in talk for his fierce performance. The angst was well-portrayed by Mehta.

Many times I have to slow down the scene to catch WHAT THAT WAS..coz #NakuulMehta brings so many variations in Ram,reminds me of Hugh Grant at times in the classics I’ve watched

u are a marvel to watch #BadeAchheLagteHain2 #RamKapoor

What emotion you aren’t good at portraying

How much this man has loved her, how desperately he has wanted her & how complete he is after getting her! This is how you make us feel Ram. Every dialogue,emotion, gesture hits straight in heart #BadeAchheLagteHain2

Nakuul surely give tough competition when it comes to give flawless performance. His acting is always surreal. His expressive eyes makes intense and romantic scene double entertaining. One can’t resist from falling for Nakuul. He bagged an award for playing Ram in Bade Achhe Lagte Hain 2.

Nakuul Mehta is TellyExpress performer of the week.

Meanwhile on story front, Ram and Priya are all set to marry each other. The couple will get a shock when Pihu will land up in a danger. Ram and Priya will rescue Pihu. Keep watching the show for interesting drama.