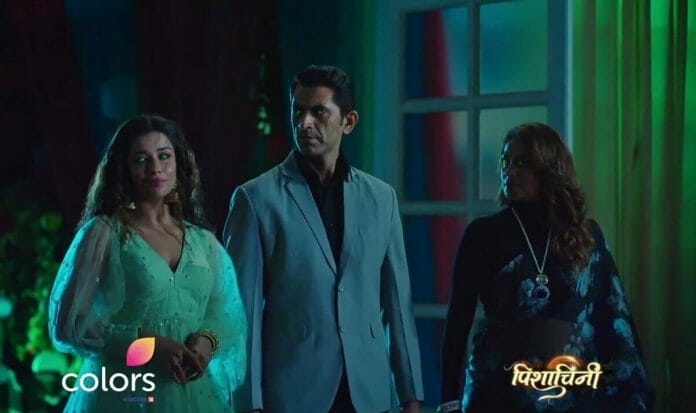 Colors supernatural show Pishachini is gearing up for more drama with Rani learning that Dadaji got well.

Previously, it was seen that Rani tried to snatch Pavitra’s phone from her hand. Rani attacked Pavitra. They both fought. Rocky and the family rushed to the kitchen after hearing the noises. Pavitra showed the pictures she clicked to the family. To her shock, Pishachini wasn’t present in those photos.

Later, Rani told Pavitra that she couldn’t be captured on camera. Dadaji found a key in the potli given by the priest. Rocky was instigated by Rani against Pavitra. He confronted Pavitra about attacking Rani. Pavitra denied the allegation and asked Rocky not to marry Rani as her motive was to destroy his family.

In the upcoming episode, it will be shown that Pratik and Amrita will make Pavitra believe that they have come to help her against Rani. Trusting them, Pavitra will tell them that Dadaji got well and he is also involved in their plan against Rani.

Later, Pratik will tell Rani about the same. Pishachini will find Dadaji in her room and will ask him what he is plotting against her. Unaware that Rani knows the truth, Dadaji will try to escape by moving the wheelchair faster. Vidya will see this and will notify Rocky.

They will go to find Dadaji. The latter will drop the key on his way mistakenly. Rani will catch Dadaji and will ask him what he is hiding from her. As Dadaji will refuse to answer, she will catch him inside a photo frame using her magical powers.

Rani will boast about transforming Amrik and Pavitra into Pishaach and will say that Rocky is her next target.