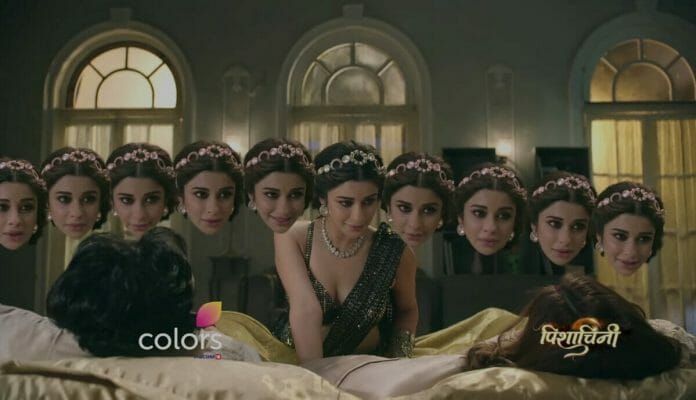 Colors TV’s popular supernatural show, Pishachini, is gearing up for more drama with Rani getting a boon in order to kill Pavitra.

Previously, it was seen that Kanika asked the Rajputs to look after Pavitra after her death. Sapna promised Kanika that Pavitra would always be treated as their family’s daughter. Kanika asked Pavitra to take forward their family’s tradition to fight against evil and use her divine power, which was the fruit of the good things done by their ancestors for many generations, for rights people only. Pavitra promised the same.

After a few days, Pavitra was still unable to come out of Kanika’s death and was crying. Rocky saw this and consoled Pavitra. He promised her to always be by her side. The Rajputs got ready to face Rani’s next attack. Meanwhile, Rani reached a mountain with her baby pishach in order to find a way to kill Pavitra.

She will be able to grow taller and smaller and get multiple heads. On the other hand, Pavitra will see Rani with multiple heads in her dream. She will share with Rocky that Rani is planning something big.

Pavitra and Rocky will search in Pavitra’s grandfather’s notes to find anything related to it so that they can be ready to face Rani’s next attack. Meanwhile, Rani will reach the Rajputs’ house.