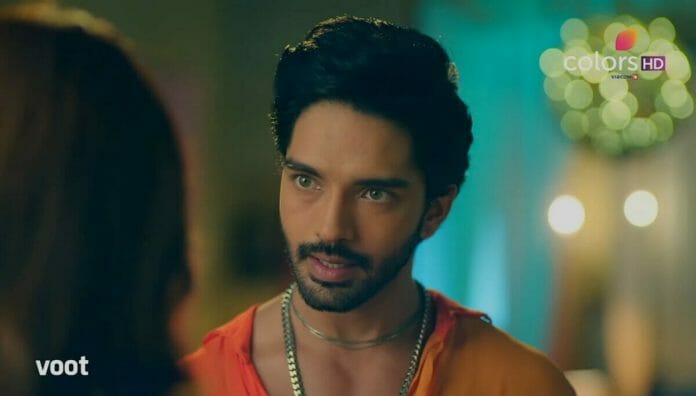 Previously, it was seen that Pavitra discovered that Pishachini couldn’t consume food by referring to her grandfather’s diary. Later, Pavitra sought Rocky’s help to expose Rani’s reality. She convinced Rocky to feed a bite of food to Rani anyhow. . In the morning, Rocky went to Rani’s room with breakfast for Rani.

Rani refused to eat, but Rocky urged her to eat. Pavitra was watching this hiding. Rani heard dhol playing a sound. She used the opportunity and escaped. Later, Sudhakar and Sapna told the family about their decision to perform Rocky and Rani’s wedding after three days, which shocked Pavitra and Rocky.

The latter tried to refuse without any success. Sapna fed a sweet to Rani to celebrate it. Pavitra and Rocky were shocked when Rani ate the sweet. Later, Pavitra clicked Rani’s picture when she was in her Pishachini’s avatar.

In the upcoming episode, it will be shown that Rani will try to snatch Pavitra’s phone from her hand. Rani will attack Pavitra. They will both fight. Rocky and the family will rush to the kitchen after hearing the noises. Rani will lie that a bird entered the kitchen.

Pavitra will show the pictures to the family. To her shock, Pishachini won’t be there in those photos. Rani will tell Pavitra that she can’t be captured on camera. Dadachi will find a key in the potli given by the priest. Rocky will confront Pavitra about attacking Rani.

A FB shows that Rani instigates Rocky against Pavitra by blaming Pavitra for attacking Rani. Pavitra will deny the allegation and will request Rocky not to marry Rani as her motive is to destroy his family.

Later, Pavitra will be surprised to see Pratik and Amrita there. It will be revealed that Pratik and Pavitra were transformed into Pisaach by Rani.