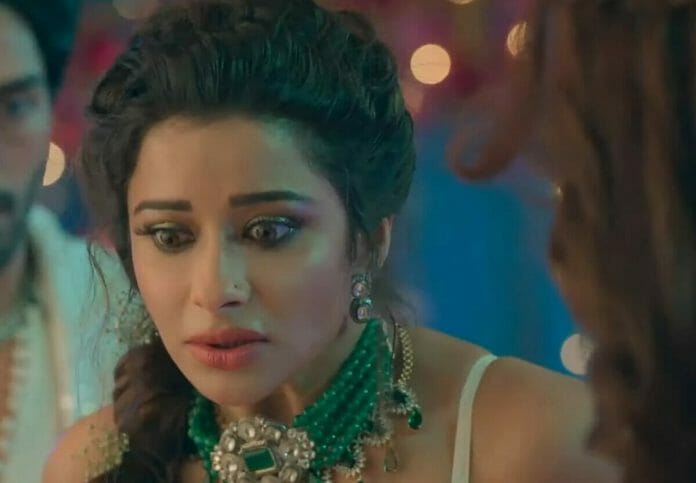 Colors supernatural show Pishachini is gearing up for more drama with Pavitra trying to expose Rani.

Previously, it was seen that Rocky noticed a strange light coming from the tree on the restricted side of the mansion and went there to see what it was. He found Maddy and noticed the watch he was wearing.

Rocky questioned him about his presence in that old mansion and he was shocked not to find Maddy the next second. Meanwhile, Pavitra became suspicious of not seeing Dadaji since the morning. She went to his room to see Dadaji.

But Pratik and Amrita stopped Pavitra by saying Dadaji was sleeping and she should not disturb him. Later, Pavitra went to Dadaji’s room when the family were all busy with the Sangeet ceremony. Rocky noticed in Vikas’ photo the same watch that Maddy had.

She notified Rocky about the same. But he refused to believe her. So, Pavitra took Rocky in front of Dadaji’s photo to prove her words. To her shock, Dadaji arrived there in his wheelchair.

In the upcoming episode, it will be shown that Pavitra will find the key and will pray to God to give her a final sign of hope. Suddenly, the key will transform into a knife. Pavitra will look at the knife, then at Rocky and Rani, who will be dancing. She will approach Rani and will stab her with that knife. Rocky and the Rajputs will be shocked by Pavitra’s actions.

How will Rocky react to Pavitra’s action? Will Pavitra be able to prove Rani’s truth to Rocky?