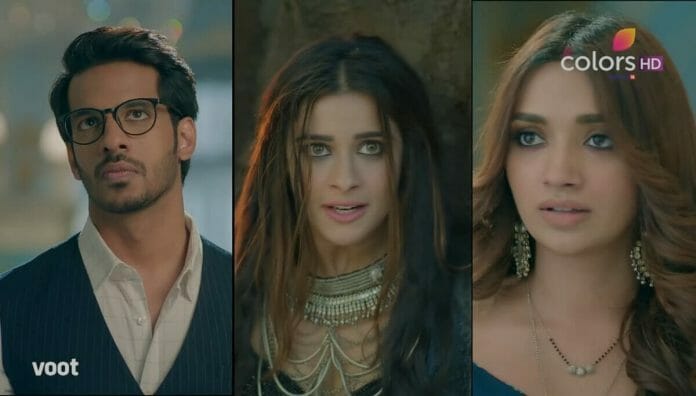 Colors’ popular supernatural show, Pishachini, is gearing up for more drama, with Maha Pishach capturing Rani again by tricking her.

Previously, it was seen that Maha Pishach spoiled Rani’s plan of freeing herself using her baby by cutting Rani’s hair, which was tied to her baby’s cradle. Sapna and Bubli took Rani’s baby to the Rajput’s mansion and hid the cradle behind the temple. Meanwhile, Maha Pishach released Rani and challenged her to defeat him. Rani and Maha Pishach had a big fight. Rani defeated Rani.

Rani claimed her Maha Pishachini crown. Maha Pishach tricked Rani by pretending to give her the crown and captured her again. Pavitra sensed a bad omen. Pavitra Rocky, Sanchit and Vidya rushed to the place where Rani was captured, doubting that Maha Pishach tried to release her.

In the upcoming episode, it will be shown that Veer will lie that he saw Rani was released and captured her again by risking his life. However, Pavitra will still be suspicious about Veer. Later, the Rajputs will learn that Sapna brought Rani’s child home. Rocky will object to keeping Rani’s child in their house as he is half Pishach.

Pavitra will suggest raising Rani’s baby by giving the Rajputs family value and Sanskaar so that he becomes a good person in the future. Rocky will oppose this. Veer will suggest using that child to capture Maha Pishach. He will say that only a person from the Rajput’s family can accompany him on this mission.

He will present some stones and will say that the one who will get the blue stone will go with him. He will use his power and will make Pavitra get that blue stone. He will think that the actual trap is Pavitra.

What will happen next? Can Pavitra save her life from Maha Pishach?