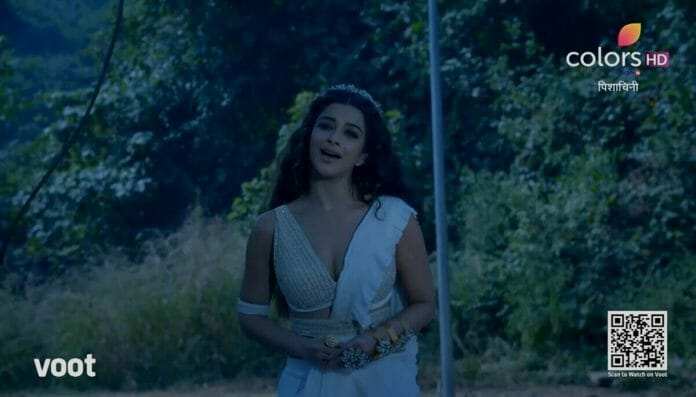 Previously, it was seen that Rocky and Pavitra along with the family were leaving in the car to return home. They were stopped by Rani on their way. The Rajputs were shocked to see Rani alive. Rani told them how she had tricked them and had escaped from the Agnithaal using her child. The Rajputs tried to leave. Rocky accelerated the car and tried to drive off from there, but Rani prevented the car from moving by holding it with her hair.

Pavitra, Rocky, Vidya and Kanika got ready to fight Rani. Kanika  asked what Rani wanted at last. Rani said that she wanted only Pavitra to complete the incomplete work of Maha Pishach. She would want to kill Pavitra and absorb her divine power to become more powerful. Pavitra agreed to stay with Rani and asked Rocky to take their family home.

In the upcoming episode, it will be seen that Pavitra will convince Rocky to take their family from there before they become victims of the zombies. Later, Pavitra will ask Rani why she even tries to kill her when she knows that her power won’t be effective on her. Rani will say that her zombie army will take Pavitra till she dies.

Pavitra will create a shield to protect herself from the zombie’s attack using her divine power when zombies attack her. However, Pavitra will become weak and will faint. The protective shield will disappear. Rocky and Kanika will return to help Pavitra and will be shocked to see the zombies approaching the unconscious Pavitra.

Rocky will cut his palm to bleed to divert the zombies’ attention to him from Pavitra. While zombies will go to Rocky sensing his blood, Rani will capture Pavitra.