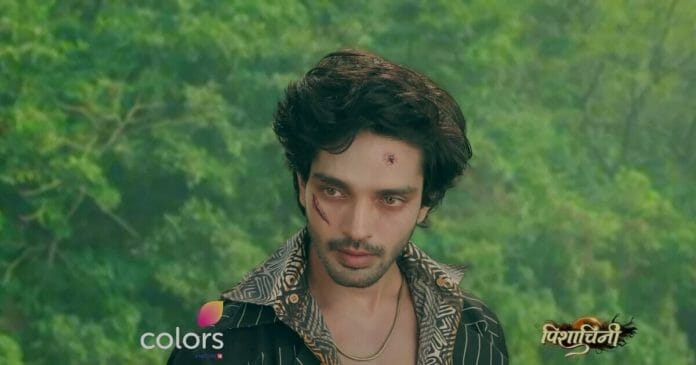 Colors’ popular supernatural show, Pishachini, is gearing up for more drama, with Pavitra defending herself from the zombie army sent by Rani.

Previously, it was seen that Pavitra convinced Rocky to take their family from there before they become victims of the zombies. Later, Pavitra asked Rani why she was even trying to kill her when she knew that her power wasn’t effective on her. Rani said that her zombie army would attack Pavitra till she dies. Pavitra created a shield to protect herself from the zombie’s attack using her divine power when zombies attacked her.

However, Pavitra  became weak and fainted. The protective shield disappeared. Rocky and Kanika returned to help Pavitra and were shocked to see the zombies approaching the unconscious Pavitra. Rocky and Kanika were standing on the other side of Agnithaal. In order to make the Zombies towards them so that they would fall in Agnithaal and die, Rocky cut his palm to bleed.

While the zombies went to Rocky, sensing his blood, Rani captured Pavitra and took her away. Rocky was shocked when the zombies didn’t get killed despite falling into Agnithaal.

In the upcoming episode, it will be seen that Rocky will get attacked by a group of zombies and he will get bitten by them. Therefore, Rocky will also become a zombie. Rocky will fight with Rani defending Pavitra. Rocky will say to Rani that he won’t spare her.

Rani will say that Rocky, who has just become a zombie, can’t defeat a 200-year-old Pishachini. Rani will try to attack using her power. Rocky will come in front of Pavitra and will take on himself.

Can Rocky save Pavitra from Rani and put an end to her? What will happen to Rocky? Can he become a human again?