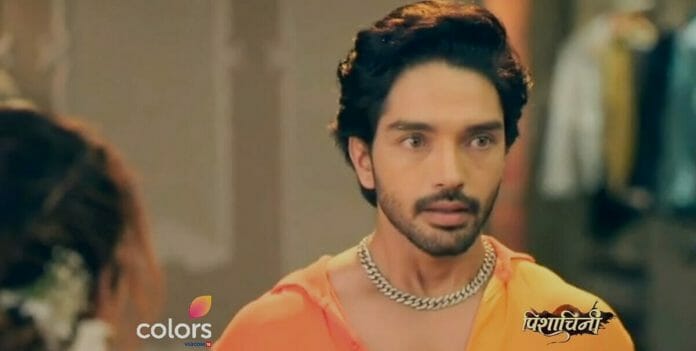 Colors’ supernatural show Pishachini is gearing up for more drama with Rani attacking Pavitra and capturing her.

Previously, it was seen that Rani revealed to Pavitra how she had learned about Pavitra’s plan and had changed an innocent girl to Rani and had sent her to dance with Rocky. She blamed Pavitra for that girl’s death. Pavitra ran from there crying. Rani teleported herself to the hospital ward and killed that girl.

She hid the dead body under the bed when Rocky came to see her. Pavitra felt regretful and called the police home to surrender. But Rani told the police that it was an accident and Pavitra wasn’t at fault. Sapna refused to forgive Pavitra and asked her to leave the house by the next morning.

Later, Pratik and Amrita mock Pavitra and will partially reveal about the secret behind Rani and Rocky’s wedding. As Pavitra was praying, asking God to show her a way to stop Rocky and Rani’s wedding, Rani attacked Pavitra, making her faint.

In the upcoming episode, it will be shown that Rani will capture an unconscious Pavitra inside the well till her and Rocky’s wedding so that Pavitra won’t be an obstacle to achieving her goal. Meanwhile, Pratik and Amrita will convince Rocky to drink the spelled juice so that he will forget Pavitra completely.

As soon as Rocky will drink the juice, he will be excited, marrying Rani forgetting Pavitra. Later, Pavitra will gain consciousness and will shout for help. She will find the names of the people killed by Rani scripted on the well’s wall.

Maddy will appear in front of her and will say that Rani wants to become Maha Pishachini and for that she has to marry someone who is from the lineage of the person who killed Rani. Pavitra will be shocked to realize Rani’s real motive for marrying Rocky and will be determined to stop Rocky and Rani’s wedding.

Can Pavitra stop Rocky and Rani’s wedding? Will Rani be successful in achieving her goal?