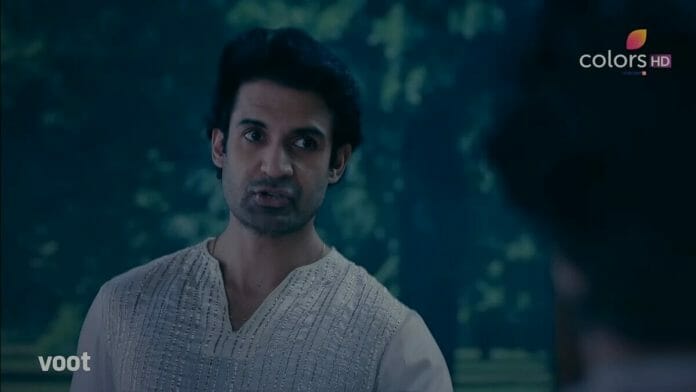 Colors’ popular supernatural show, Pishachini, is gearing up for more drama, with Pavitra and Rocky fooling Rani and getting hold of the ring that Rani uses to control Sanchit.

Previously, it was seen that as per Pavitra and Rocky’s plan, Vidya kept Rani busy in the game while Pavitra and Rocky successfully took Sanchit to the forest. They perform the ritual to free Sanchit from Rani’s spell, following the instructions given by the anonymous writer. But they couldn’t release Sanchit from Rani’s spell. Pavitra learned that she needed the belonging of Rani to make the ritual successful.

Pavitra went to get it. But to Pavitra’s shock, she didn’t find any of Rani’s belongings in Sanchit’s room. Maddy told Pavitra that Rani used her things after one use. Pavitra touched Maddy and he turned into a frog statue. She used it as Rani’s belonging to complete the ritual.

However, Rani interrupted the ritual. She flaunted that she had captured Sanchit, so they wouldn’t be able to save him. Rani was shocked when Pavitra and Rocky showed her that ring. She told her how they fooled her in the name of a game and took it from her. Rani tried to snatch the ring from them, but got fooled again.

In the upcoming episode, it will be seen that Pavitra and Rocky will successfully release Sanchit from Rani’s spell. Sanchit will realize Rani’s truth and will be determined to expose her in front of the Rajputs.

Just then, Pavitra will notice Rani is traveling sitting on the top of a truck. She will alert Sanchit and Rocky. The trio will run in different directions. Sanchit will reach the edge of a cliff.

What will Rani do now? Will Rani kill Sanchit to prevent her real identity from getting exposed in front of the Rajputs?