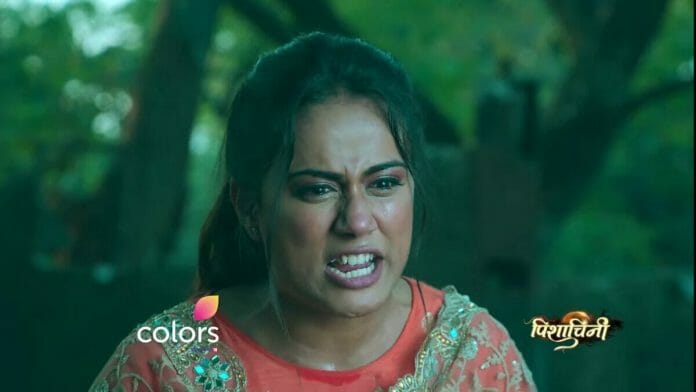 Previously, it was seen that Shikha went to Rani. She said to Rani that she would release her, but in return she should fulfill her wish. Rani agreed. Shikha freed Rani. The latter asked Shikha what she wanted. Shikha said that she wanted to see Rani to kill Pavitra as she killed her love Veer.

On the other hand, Pavitra convinced Rocky, who was angry with her for hiding Veer’s truth from him. They promised each other not to keep any secrets. They got romantic and grew closer, but Vidya and Kanika’s arrival interrupted their moment.

Shikha will confess that she released Rani. She will say that she released Sanchit’s wife and a mother of a child. A Fb will show in which Rani agrees to fulfill Shikha’s demand and Shikha and Rani join hands against Pavitra. Pavitra will say that Rani must have trapped Shikha by striking a deal with her in exchange for her freedom as she’s a number one cheater.

Shikha taunts Pavitra that she knows how to cheat, as she killed Veer by tricking him.  Rani will say that Shikha released her as she values relations. Pavitra will say that Rani doesn’t care about any relationship. Ranu will say that she wants to become like Pavitra, a good daughter-in-law and will be ready to do anything for it.

Kanika will ask Rani to enter the Agnitaal to prove her words. To the Rajputs’ surprise, Rani will agree. Rani will get into the Agnitaal. Kanika will say that Rani will  return as a human if her intentions are noble, else she will be destroyed.

Will Rani pass the test?