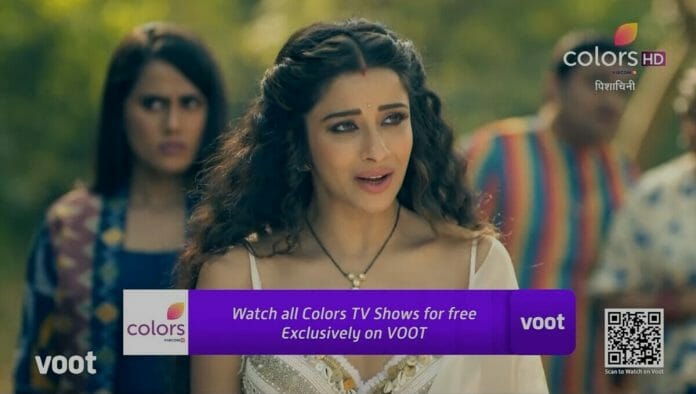 Colors’ popular supernatural show, Pishachini, is gearing up for more drama, with the Rajputs getting attacked by zombies.

Previously, it was seen that as Rani didn’t come out of the Agnitaal, the Rajputs concluded that Ran’s intention wasn’t noble and she got killed. They decided to return home. But suddenly they got attacked by zombies. They ran to escape from the zombies who were chasing them. They reached where their car was parked and were shocked to find the car surrounded by zombies.

Rocky and Pavitra became suspicious that the zombies’ attack could have been someone’s trap when they saw the zombies removing their car tyre. Shikha thought about whether it was Rani’s trap, but she wondered how it could be possible, as Rani didn’t come out of Agnithaal.

Elsewhere, Rani’s laugh was heard and her footprints were seen on the sand. Meanwhile, Dadaji attacked Sudhakar and Sapna. They poured holy water on Dadaji and locked him inside the room.

In the upcoming episode, it will be seen that the Rajputs will escape from the zombies and will get into a house in the village. They will decide to spend the night there as zombies will can’t attack them after sunset. Pavitra and Rocky will go out to get water for Bubli.

They will be chased by a group of zombies. Pavitra will attack the zombies using her divine power. However, the zombies will surround them. Seeing the sun dawning, they escape from there without making any noise. Rani will be watching them hiding in the banyan tree.

Shikha will understand that Rani is alive by finding her flowers scattered on the ground. She will go in front of that tree and will urge Rani to kill Pavitra before they return home.

Rani will be shown hanging upside down on the tree waiting for the chance to attack Pavitra, while Pavitra and Rocky will change car tyres to leave.