Here is a poll result which our team has conducted and asked to ‘Pick your most favorite off-air show among these?”

Out of 15 off-air shows which we have listed in our poll, show ‘BEPANAH’ has topped the chart with a huge margin. 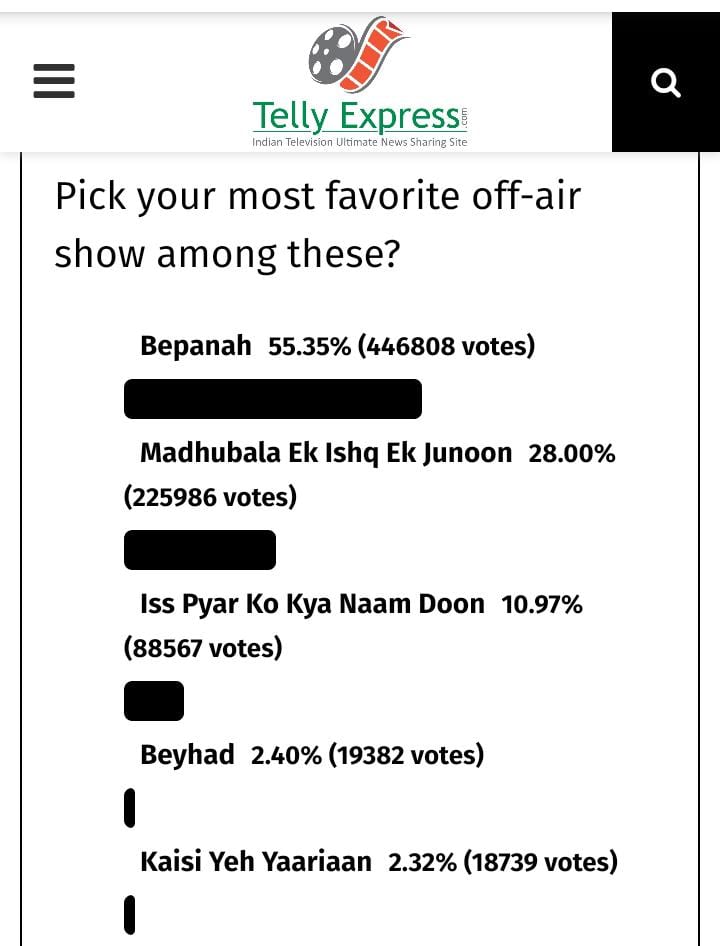 Harshad Chopda and Jennifer Winget starring, Bepanah was the most likeable series and it seems fans are still not over from the show. The story of the show revolves around the Aditya and Zoya’s life which takes a turn after their partners died in an accident. Full of romance, drama and mystery Colors TV, Bepanah topped the list with 446808 votes. MTV show kaisi Yeh Yaarian is a series that highlights the importance of friendship along with other relationships. The show divides into three seasons and each season focuses on Manik Malhotra and Nandini.

So these are our top 5 most favorite off-air shows.

Stay tuned with us for more news, updates and spoilers.