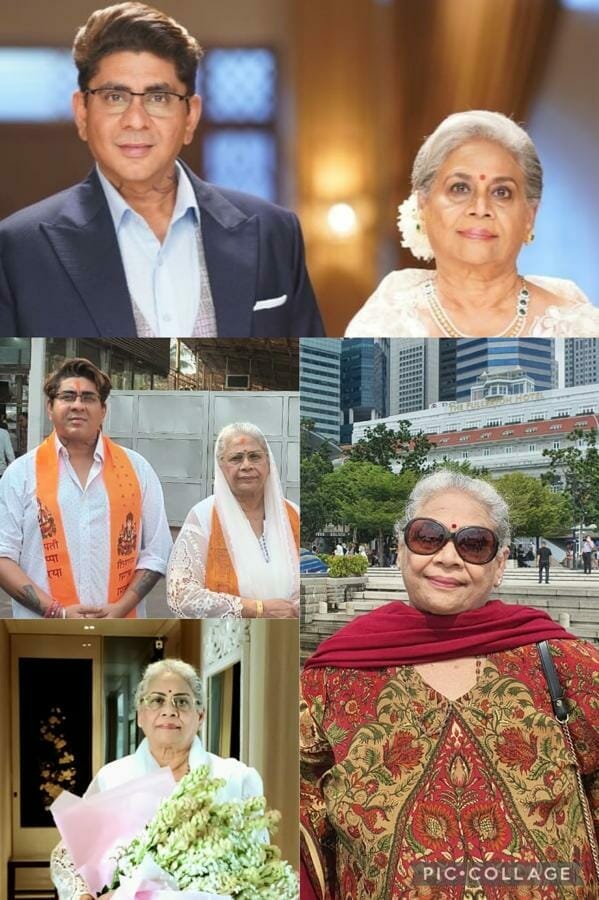 In the world of television, Rajan Shahi and his mother Deepa Shahi are names to reckon with. The mother-son duo has been producing Anupama successfully and the show has broken all the records along with securing a permanent position in audience’s heart. Deepa Shahi is also someone who has been active on the sets of Anupama, Yeh Rishta Kya Kehlata Hai, Aai Kuthe Kay Karte, Woh To Hai Albelaa — for any kind of celebrations, she has always been seen along with the cast and crew.

And no doubt Deepa Shahi has been a great inspiration for the entire Director’s Kut Productions. On this occasion, Rajan Shahi wrote a heartfelt birthday message on his social media. He wrote,”Proud to be co-producing Anupama with you which has given the respect and due to all the mother’s and Maa in this world and has become a landmark show. Need your guidance and blessings.”

Rajan also adds,”My mother is my biggest inspiration and I only wish her good health on her birthday and want her to guide us all through our journey.”