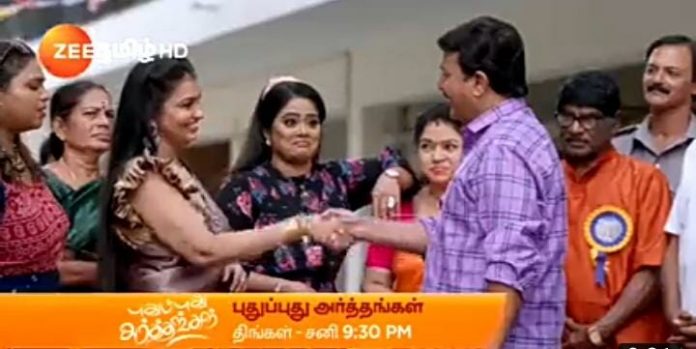 Lakshmi and Hari adopted the child. Meghala and Athira’s brother stay in Sneha’s apartment to attack the child. The residents agreed when Santhosh suggests celebrating the apartment anniversary.

Lakshmi is happy to see Hari in the function place. Prathiba and Parimala talk about the function. Hari announces the game timing to the residents. Athira’s brother plans to attack the child. Pavithra stares at Santhosh when he fails to lift the stone.

In the upcoming episode, The residents will participate in the apartment anniversary. Hari and Santhosh will take part in the game show. Later, He will feed the child.

Aithra’s brother will send a snake toward the child. Will Hari save the child from the snake? Will Athira’a brother’s plan succeed?

Will Santhosh unite Hari and Lakshmi? Will Hari stay in Lakshmi’s home? Will Lakhsmi reveal the father’s name of the child?