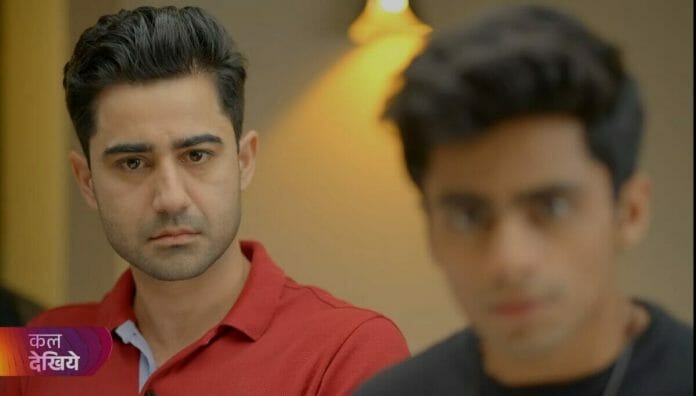 Previously we have seen that, Mansi called Bapodhara disloyal to everyone including Janani and her. She asked him to leave as she don’t wish to keep any contact with him. Bapodhara asked Dharam to make Mansi understand. Dharam came close to his ears and asked him to leave. Bapodhara got shocked to hear his voice. DCP collected Dharam’s fingerprint without his knowledge.

Chirag got to know that both Pushpa and Ashwin didn’t see Dharam’s face yet. DCP said Dharam that she has sent his fingerprints to match it with Dileep Patel’s fingerprints. The finger prints result was out. The fingerprint doesn’t match as Dileep’s fingerprints got changed after getting burnt in the fire accident.

Pushpa learnt about Chirag’s lack of attendance from Prarthana and visted his college. Chirag visited Dharam’s hospital and Manoj told whatever happened. Chirag thought he was not his father but Manoj told that there are various factors that could change a person’s fingerprint.

Bapodhara announced to chawl people about the redevelopment plan cancela nd everyo e protested against him and his greediness.

In the future episodes we will witness, Dharam’s band aid will be removed and Ashwin and Chirag will come there to get Mansi’s signature in a document. Chirag will see his face ang gets shocked so does Ashwin.