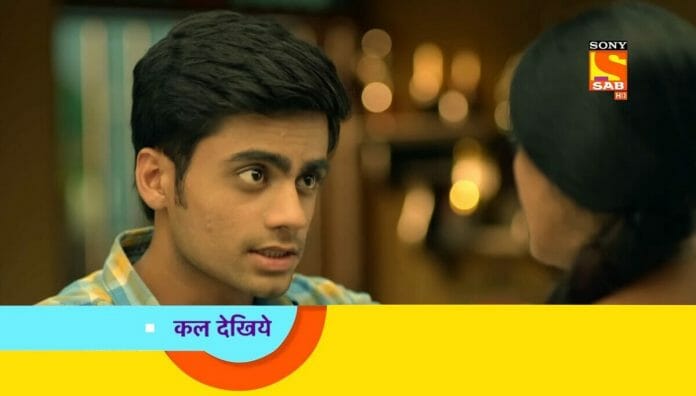 Previously we have seen that, Teacher complained to Nanavati about Pushpa unable to cope up with her studies and called out his decision to admit her as wrong. Pushpa was caught speaking with Parminder and teacher punished her by making her stand out of the class.

Nanavati advised Pushpa and Pushpa assured him that she would be over cone the hurdles. She gave her uniformed to stitch to tailor and entered home. Rashi gave her a shocking news that she would take over Pushpa’s business as she took over her studies.

She would threaten Pushpa that only one of them van go to school. Pushpa decided to give up on her dream for Rashi’s future. Chirag learnt about it who shared it with Prarthana. Prarthana came up with a plan.

In the future episodes we will witness, Chirag will say Pushpa that he would only resume to go to college only if she resumes her studies. Pushpa will be worried about whom to choose between Rashi and Chirag.

Will Pushpa pass her boards? Will Rashi resume her studies? Will Pushpa’s decision affect Ashwin’s marriage with Deepti?