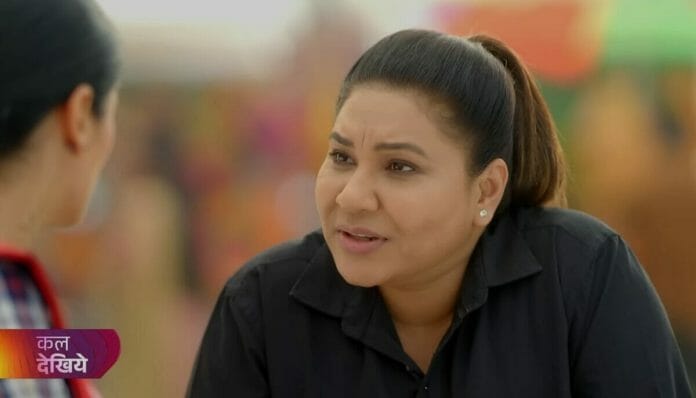 Previously we have seen that, Rashi suspected that everyone is hiding something from her. Chawl people also wondered the reason for Police visiting Pushpa’s house. Pushpa said Dharam that she whole heartedly prays God that he’s Dharam Raidhan but just in case if he turns out to be Dileep Patel, she warns him to stay away from her and her family.

Rashi confronted Pushpa the reason for her tension nd not writing the exam. Pushpa and others managed to cover up the truth from Rashi. Susheela convinced Bapodhara to give Bharati nd Sunny their deserved share of properties.

Bapodhara called Bharti and told that he would visit them soon. Sunny learnt all the truth from their family friend but his about Bharat’s affair from Bharti Lawyer said Dharam that it’s better for them if the DNA results are negative. Ashwin was called in and Doctor will be about to announce the result.

The result turned out to be negative. Pushpa left happily but DCP not ready to accept it. She spoke with him in private and showed him the family tree which he wrote. She challenged him to expose him at all cost.

In the future episodes we will witness, DCP will say Pushpa that she still needs her to prove Dharam is Dileep. Pushpa will ask why she’s troubling her still and DCP will say that it’s because she’s running away from the truth. DCP will say that she will keep coming back as she’s the only way for her to expose Dharam.

Will Dharam manage to escape? Will redevelopment takes place? Will Pushpa learn that Dileep is Dharam?