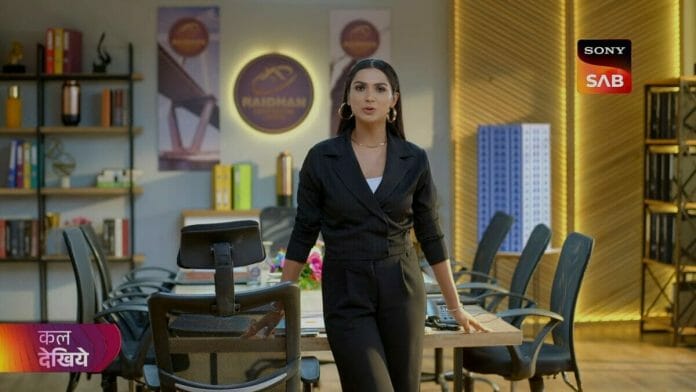 Previously we have seen that, Bapodhara tried to get Kaku’s signature by fooling her but Kaku was smart enough to not sign without checking.

Bapodhara was about to get NOC sign from Pushpa in the declaration form when Bharti called him and said about Susheela and Pushpa visiting her.Bpaodhara lashed out at Pushpa for trying to create a wedge between him and his wife.

He tried lashing out at Susheela too but confronted hima bout the suicide letter.Bapodhara refused to answer and locked himself up in his room.

Susheela shared it all with Psuhpa who consoled her.
Nanavati told about Pushpa’s idea in meeting and also asked students to make Chawl for charity for Christmas.
Aryan didn’t have anyone he could pair up with Rashi noticed it.

Mansi found her attacker and got to know that Jogi Dhayal is the one ordered to kidnap her. Deepti and Ashwin commit a blunder by leaving the handloom in taxi itself. Chirag solved the problem for them.
They surprise Pushpa with the handloom.

Pushpa found people hesitating to mingle with Aryan and found a way to help him using Saran sir.
They both succeed in their plan.

Bapodhara leaves to Surat to get NOC from Bharti.
He also learnt from Asthana that the suicide letter without name and signature and got relieved that he had nothing to worry about. Deepti’s new company planned to use her just like Mansi planned for Ashwin.

Will Deepti and Ashwin clash in job? Will Bapodhara gets exposed? Will Pushpa learn that Dileep is alive?

All these questions will be answered in the upcoming episodes.
Stay tuned for more updates