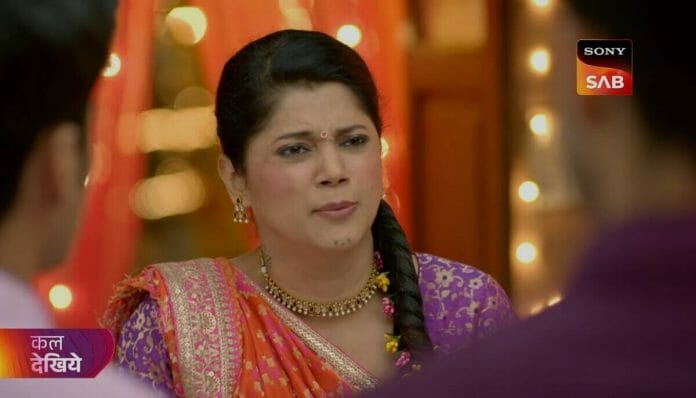 Previously we have seen that, Ashwin pleaded Bapodhara to let Prarthana attend his wedding and Bapodhara agreed to his request. Pushpa told Susheela about the connection between Bapodhara and Ramesh which was a news for Susheela herself.

Bapodhara got shocked knowing that Pushpa found the truth and got worried. Dadi and Pushpa had a rough start. Dadi asked for kundali from Pushpa. Pushpa and Ashwin decided to say the truth. Dadi got angry but Kaku gave her examples proving that a successful marriage is based on love and not horoscope.

The thieves couldn’t spot the jewel in the locker. They make an alternate plan. Kaku and Dadi gave a combined performance followed by Sonal and Pushpa’s mindblowing performance.

Manish’s emotional speech and performance moved everyone’s heart. Susheela confronted Bapodhara regarding Ramesh but he made up some excuse.

In the future episodes we will witness, Precap: Pushpa will get shocked as the jewels gets stolen. Kaku will offer to give her jewels but Pushpa will say that she already shown each jewel to Dadi. She says that Dadi will think that she exchanged the jewels showing something else. Kaku will say that they are trapped badly.
Will Kaku throw Pranav and Varsha out of the house? Will Ramesh’s friends loot Pushpa house? Will Pushpa finds Bapodhara’s truth?
All these questions will be answered in the upcoming episodes.
Stay tuned for more details.