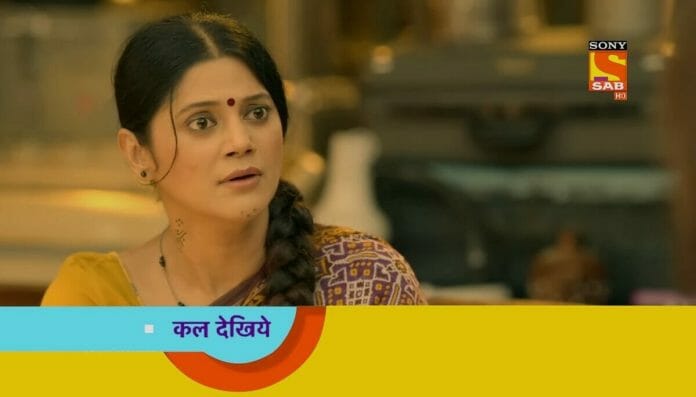 Sab TV channel launched a brand new show titled Pushpa Impossible starring Karuna Pandey alongside Garima Parihar and Darshan Gurjar. Earlier its seen that Pushpa learnt about Damini Mehra. Now it will be seen that Pushpa will be shocked to hear Damini’s pay for a hearing.

Previously we have seen that, Bapodhara saw Prarthana’s portrait by Chirag but Prarthana lied that it was by another artist. Bapodhara demanded to make a portrait of his too and Prarthana doesn’t know what to say. Pushpa felt overwhelmed when she found that Chirag was searching for jobs. She shared her thoughts and dreams about her kids to him.

Pushpa checked about Damini Mehra and Ashwin told that she was a gold medalist and a popular lawyer in the city. Pushpa asked Amir Bhai whether they could hire Damini for the case but Amir dropped a bomb that she charged 3 lakh per hearing. Rashi wished for a father like Manish seeing his caring side. Bapodhara’s lawyer found Dileep’s picture and found it familiar.

In the future episodes we will witness, Damini Mehra will visit Pushpa at her house and Pushpa will explain her condition to Damini. Damini will ask her to send all the case agreement papers to her and she can what she can do. Pushpa will ask whether she hires 3 lakh per hearing but Damini will say that she hires 6 lakh per hearing shocking Pushpa.

Will Damini help Pushpa win the case? Will Ashwin prove his innocence?